Making an Impact on student success 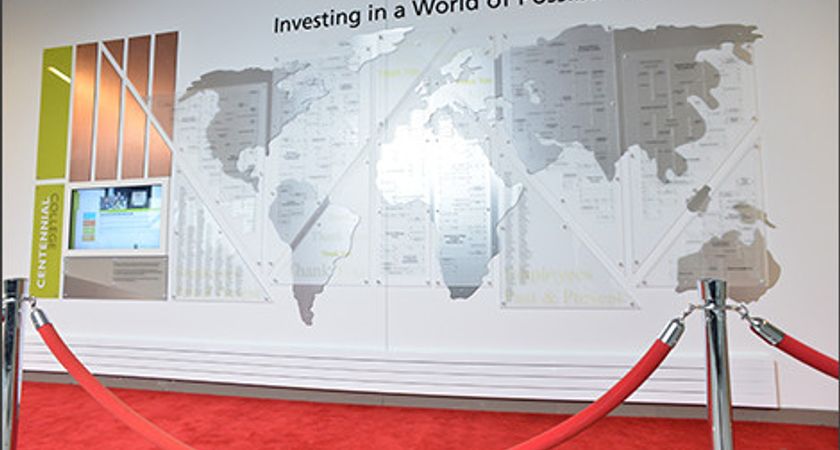 Centennial has been embarking on major changes in the last few years, with upgrades and building new facilities. For example, Progress campus was revitalized with a new Library and Academic Facility or the L building and a new gymnasium. The bridge connecting the main building with the L building has an interactive Donor Wall, which is the start of Centennial’s fundraising campaign called Impact.

The Office of Development and Alumni Engagement launched the Impact Campaign on February 19, 2014. Centennial has a strategic plan for expansion over 25 years which will cost $164 million. Impact’s goal is to bring $40 million from business and individual donors which will contribute between capital projects and scholarship funds.

The Development Office builds strong partnership with individuals, businesses, and industry that will aid in supporting Centennial’s programs. Its mission is to educate students for career success, by providing a positive environment for effective learning. It engages potential donors, partners, and investors in providing financial support in various ways including in-kind donations, bursaries, and scholarships.

Donors make an impact on student lives, hence the name of the campaign. We thank our donors and recognize them on the Donor Wall, also sharing the success stories of students they helped. Additionally, the annual Student Awards Night invites donors at the gala to celebrate student success. Impact holds events to help fundraise, including the annual golf tournament. It is partnering with the Centennial College Student Association Inc. in bringing a talent show for its students on March 28, where students will compete in the “'Centennial's Got Talent” show for an internship in New York.