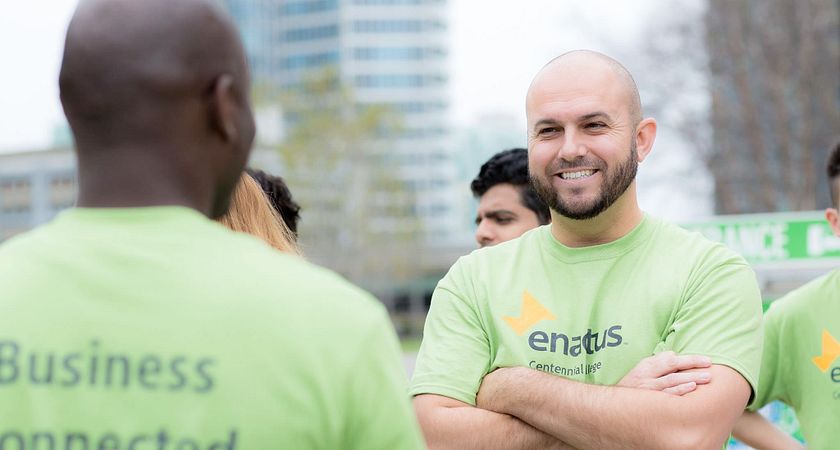 Mature students looking to upgrade their skills, change careers or get a new job can always turn to education. But funding that education can seem difficult, particularly if you’ve been laid off. That’s why the Government of Ontario created Second Career, a program designed to give mature students who’ve lost their job the funding to get educated again. Scott McWilliams found himself in this situation, and used his Second Career funding to come to Centennial College for Global Business Management.

He’ll be telling his story at the Second Career Information Night, on Wednesday, November 4, from 6 PM - 8 PM at Progress Campus, in L1-02. The session will give information on the Second Career program, how to apply to Centennial and the admission process. Scott will be part of a panel, along with three Second Career graduates, that will tell the audience the hows and whys of Second Career.

Before coming to Centennial, Scott worked at Future Shop for 14 years, climbing his way up to General Manager. But he was unhappy, and sensed the position would soon be on the way out. “With the changes in electronics, eCommerce and the economic downturn in in 2008, I knew that retail wasn’t going to be a forever job,” he says. “Retail can also be difficult on personal life, as the hours and days of the week aren’t as flexible as one would enjoy.”

He didn’t initially know about Second Career, but did know that he wanted to go back to school. “I found a local YMCA employment services office that aided in the Second Career application process, and the rest is history,” he says.

Out of all the schools he’d consider attending, he chose Centennial College thanks to how helpful the staff was in picking out his unique needs and abilities. “I was able to speak with a coordinator for one of the programs I had enrolled in,” he says, “and through a great conversation, she became convinced that diploma programs would not be challenging enough for me. Based on my experience, the coordinator recommended a post-diploma program. I knew then Centennial was the school I would attend.” Not every mature student can do a post-diploma program, and the College works to determine what education level you’re comfortable with.

Coming back to school

“The most challenging part of my education is time management,” Scott says of Global Business Management. “Initially, returning to school seemed like a walk in the park. Going from a job that required 40 to 60 hours of my time per week to in-class requirements of 25-plus hours per week, I felt like I was on vacation. What I failed to realize was that there’s an equal part of the learning experience that happened outside of the scheduled class time. This could be spent doing things like reading, assignments, projects and group work. If you are negligent in this area, it becomes very difficult to maximize the opportunity schooling provides you. It took me almost a full semester to build a routine and plant my feet on solid ground.”

“I am expected to graduate during the Spring of 2016,” he continues. “I know I will be more versatile in the job market as a result of my extensive resume partnered with my new academic achievements. This will help with flexibility in field, location and hopefully pay.”

The importance of taking action

“For someone looking to go through Second Career, I would recommend they act quickly,” Scott says. “It is easy to take inaction. There will always be another semester. There will always be a reason why you can’t achieve something. Going back to school is a scary prospect.” Nevertheless, it’s worked out for him, and he recommends anyone else thinking of changing careers after losing a job look into it. “If you make the decision to pursue schooling, start today,” he concluded. “No one can ever take knowledge away.”