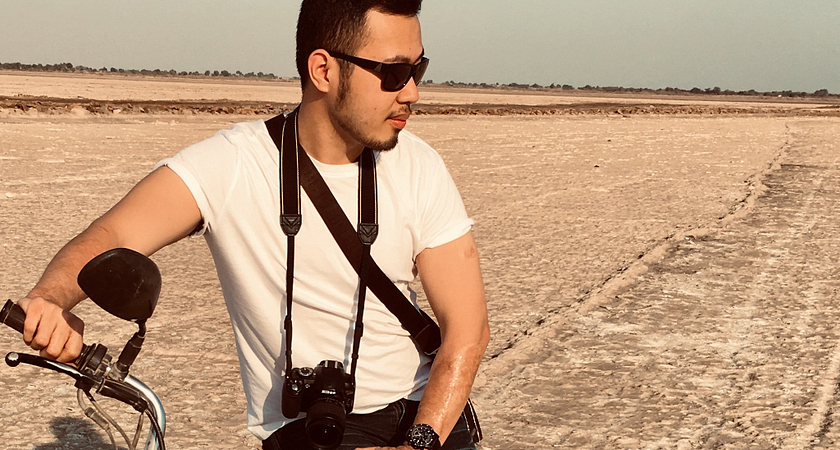 At #CentennialStars, we recognize leaders, legends and unsung heroes of the college. Students, faculty or staff can all be Centennial Stars, as long as they’ve done extraordinary things or gone above and beyond the call of duty.

Student, campus activist, traveller and future singing star Duy Anh Nguyen has a lot going on in his life, and he wouldn’t have it any other way. Now, he’s also a Centennial Star.

An international student from Vietnam enrolled in The Business School, Duy Anh is a busy guy who’s committed to his fellow students and to all the college has to offer. While keeping his grades up, Duy Anh still never misses a chance to get involved on campus. One of his roles has been a Drink Smart

Ambassador at the college, to spread the word on the responsible use of alcohol. In fact, last October, Duy Anh was behind a very stark lesson in the perils of drinking and driving. He helped arrange for a wrecked car that had been driven by a drunk driver to be displayed on campus as a reminder of what can happen when you get behind the wheel of a car after drinking.

Duy Anh has also been involved in other social causes, including breast cancer awareness, ending violence against women, and LGBTQ2+ initiatives. Last year, Duy Anh went on a SAGE trip to India, and it wasn’t a cushy sightseeing tour. Instead, he worked in a rural village and helped build a community centre dedicated to helping women, including teaching and supporting women who were victims of arranged marriages, to make sure they know that they have rights and can choose who to marry.

Finally, Duy Anh is quite an accomplished singer, a childhood dream of his. He even made it through to the second auditions for Vietnam Idol in 2016. While he’s studying business, he still thinks about being a singer, particularly after watching American Idol or The Voice. He recently sang at the Open Mic event at Centennial, to a great ovation.

Do you know someone who deserves to be a Centennial Star? Nominate a student, faculty member, or college employee by clicking here.