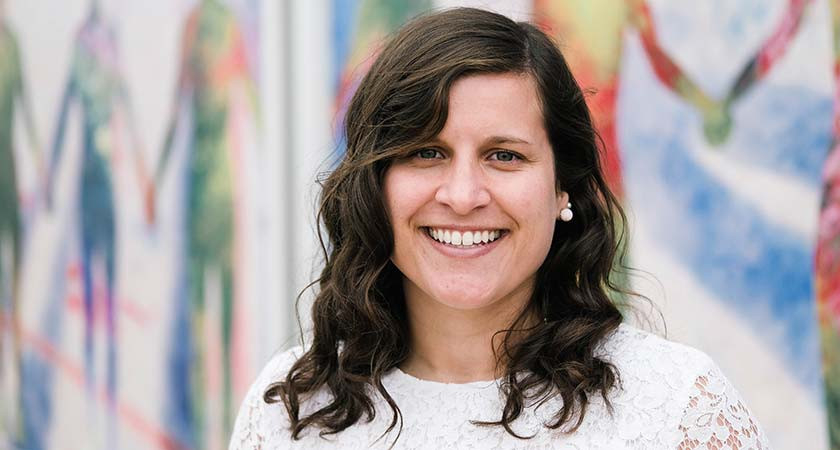 At #CentennialStars, we recognize leaders, legends and unsung heroes of the College. Anyone, be they students, faculty or staff can be a Centennial Star, as long as they’ve done extraordinary things or gone above and beyond the call of duty.

“My life would not be the same without hockey,” says Jessica Vella. “It’s really framed me into the person I am today both personally and professionally. It has taught me so many valuable skills and qualities like leadership, time management, work-ethic, team work, communication, and so much more.”

Long before she worked for Centennial College’s Strategic Initiatives and External Relations (SIER) department, Jessica Vella was a lifelong hockey player. She’s been playing hockey since she was four years old, alternating between girl’s and boy’s leagues. Her career reached its apex when she was drafted onto the Toronto Furies in the Canadian Women’s Hockey League, which she played for six years until the league folded in May 2019. Today, she’s a member of the PWHPA.

“It’s the Professional Women’s Hockey Player Association,” Jessica explains. “It’s a group of more than 200 of the world’s top female hockey players who are sitting out the upcoming professional hockey season. The mission of the PWHPA is to promote, advance, and support a single, viable professional women’s ice hockey league in North America that showcases the greatest product of women’s professional ice hockey in the world.”

“When little boys are growing up,” she continues, “they dream of playing in the NHL, and that’s a realistic dream for them because they see it countless times. There is no realistic equivalent for aspiring female hockey players to imagine in their future. We want to close that gap so young boys and girls can share a dream of one day making a living as a professional athlete.”

In recognition for her hockey achievements, Jessica will be the first woman to have her hockey jersey displayed at the Chestnut Hill Development Recreation Complex in Pickering, Ontario.

“I was contacted by the Pickering Hockey Association (PHA),” she says, “which is the boys association I played with growing up, and they mentioned that as I was the only female to play in the PHA and go on to have a successful career as a professional hockey player, and wanted to honor me by hanging my jersey. They’ve done this ceremony for NHL players such as Glenn Healy, Drake Caggiula and Andy Andreoff and it is their way of not just recognizing me but to show support for women’s hockey and female sports in general.”

Over at Centennial College, Jessica started at SIER in 2017 as a department assistant, and has since risen to be Project and Events Coordinator as the department itself grew.

“In my role, I lead Solv. Sector Sessions (SX3),” she says, “a series of interactive and action-oriented events that bring together leading industry experts and Centennial College’s students, staff and faculty to discuss topics that will impact the future landscape of multiple industries. The goal of SX3 is to align with industry trends, inform the College’s strategic direction, develop ideas and projects, and identify industry partnership opportunities that enrich the student experience.”

While it sounds like something very different from hockey, Jessica relates her work to her sport very well. “Hockey, at least in the later stages of life, has been about giving back to the community and having some sort of impact,” she says. “I’ve always wanted to play a role in people’s lives, and that translates into what SIER does. SIER is a catalyst for developing and strengthening relationships with key industry, academic, government and community stakeholders in order to grow opportunities for collaboration and identify new major initiatives which have the potential of having a transformational impact on the College and students. That connection of giving back and doing what’s best for the greater community really plays into who I am as a person.”

“I absolutely love my team,” she says about SIER. “I am very lucky to be a part of this team of great people, not just because I get to work with a group of efficient, innovative and collaborative colleagues, but because in my opinion they are all genuinely wonderful human beings. They are my family away from home and I couldn’t be more proud to work with each and every one of them.”

“To have my jersey hung at the ceremony is a moment I am honored to be a part of, but the whole picture of where I am today with my life makes me feel truly blessed,” she says. Do you know someone who deserves to be a Centennial Star? Nominate a student, faculty member, or college employee here.