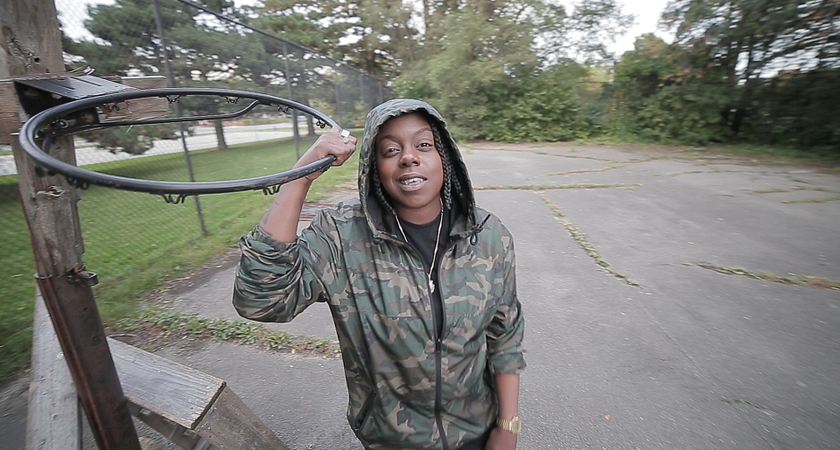 At #CentennialStars, we recognize leaders, legends and unsung heroes of the College. Anyone, be they, students, faculty or staff can be a Centennial Star, as long as they’ve done extraordinary things or gone above and beyond the call of duty.

“A lot of my issues were believing that I was no longer going to be adequate, no longer going to be able to give back to the community,” Stephanie Williams says. “So I took it upon myself to say, you know what, I did it before. I had almost a ten-year gap in schooling, but I need to assert myself, and take control.”

Stephanie Williams had previously worked with children until she was involved in an accident that changed her life. Following it, she’d go through extensive physical and psychological therapy, and part of her healing turned out to be education, specifically enrolling in Centennial College to study Community and Justice Services.

To help with her studies, Stephanie registered with Centennial College’s Centre for Students with Disabilities, and they’ve helped her with counselling and other assistance. She also credits her professors with being open to her communicating her problems and challenges, and genuinely wanting to see her succeed.

“I’m asserting myself, I’m fully focused, and I’m getting As,” Stephanie says about her progress so far. “You don’t always think it’s possible, but I’m trying to get on the honour roll, and I’m aiming for those As.”

In addition to her studies, Stephanie works as a class peer leader, meaning she’s there for her classmates, coordinates with faculty, resolve conflicts, books study groups, and sometimes even tutors.

When Stephanie’s not in school, she’s actively involved in her community. She produces music and runs community events for female artists and musicians. In fact, she hopes to implement that into her Centennial program’s learning placement, where she wants to work with youth in the Regent Park neighbourhood to pass along her music-producing skills.

Her motivation to go above and beyond is simply that being busy is good for her mental health and recovery.

“It’s a new page in my life, and I’ve been really focused,” Stephanie says. “I’ve been able to show myself and other people that even if you do have a psychological disability, even if you have gone through trauma, that it’s not going to be the be-all, end-all. That you can pick up the pieces and actually be a prominent figure in society. So, my mission statement is, ‘I aspire to inspire by example.’”

When Stephanie graduates she’d like to have a career giving back to people, which Community and Justice Services will help her do. She’s hoping to work with at-risk youth and adults, in the context of rehabilitation and reintegration.

“I’m 29, and I’d say it’s never too late to go back and get your education,” Stephanie says. “That’s something that hindered me for a while. Some sacrifices need to be made, everyone has different lives, but education is huge. Not just for your future, but for your present as well.”

“Use whatever resources are available,” she advises. “If it’s counselling if you need to get your mind in the right space, do that; if it’s physical, and you need to get fit for whatever course you need to be in, do that, just take that first step.”

Do you know someone who deserves to be a Centennial Star? Nominate a student, faculty member, or college employee here.