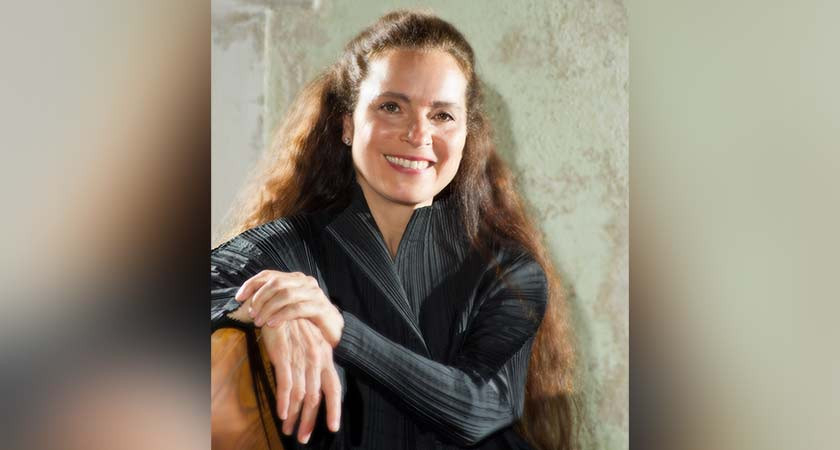 Social justice is built into Centennial College’s learning, and we empower every student and alumni to bring positive change into the world. Margot Van Sluytman is one such Centennial alumni. We’ve written before about Sawbonna, her social justice project. Now, she’s begun work on Theodore’s Place, a gathering space for victims of crime and trauma, all while having come back to teach social justice at the college. Here’s how she got here, and where Theodore’s Place is going.

Centennial College got her started

“Centennial College was instrumental in me starting Palabras Press,” Margot says. “I took the Publishing program here, graduated in 1985, and from that course, I learned how to use and write my voice in order to create an opportunity for other writers, particularly poets, to write their voice, and have their books out there for other people to read. Centennial showed me how to do it.”

Margot’s published works, like the rest of her efforts, focus on her social philosophy of Sawbonna.

“Theodore’s Place and Sawbonna ask for an unconventional way to articulate and re-negotiate justice,” Margot says.

The story of Sawbonna begins when Margot’s father, Theodore, was murdered in an armed robbery in Scarborough when she was 16. Since that tragic day, she has written and published, in an effort to address her own grief and trauma, and helped mentor others in dealing with their grief and trauma. Margot completed a Master of Arts degree in 2012, from Athabasca University, and received the Alumni of Distinction for her writings, publications, and social justice work, as well as for her research, entitled Sawbonna: Justice as Lived Experience, a new model of restorative justice. Sawbonna is a Zulu word, which means "I see you."

Margot’s story, and the philosophy that came out of it, saw her being interviewed many times (such as this CBC interview from January, and this talk in Thunder Bay, Ontario), and travelling around the world, telling that story, and advocating for victim and prisoner rights.

“What matters more is Sawbonna,” she says. “No matter what, we are in shared humanity. And none of us is perfect, or infallible, so we can hurt each other, whether it’s on purpose, or not on purpose.”

“Theodore’s Place is connected to the Sawbonna Project, it’s another layer to that,” Margot says, and goes on to explain what she hopes it will be.

“Media is very interested in the killers,” she explains. “That’s just the way of it. I believe that the victims, survivors of these brutal crimes are often treated in a dismissive way.”

“I always thought it would be really wonderful to have a place where victims could go and just be themselves, ourselves essentially,” she says. “I thought, could there be a home someplace? How is this possible?”

While she had a vision for what Theodore’s Place could be, she wasn’t sure where to begin, until she was in Calgary delivering a talk. While there, Margot had a chance meeting with an executive director of a halfway house, which in turn, led to a chance meeting with actor and activist Tom Jackson (who, if you’re my age, you might remember from Shining Time Station). One long coffee discussion with him later, and she decided to start making Theodore’s Place happen with a website.

“He said to me, have you thought about starting virtual?” she says. “You build it virtual, you’ll see what’s going to happen. That’s how theodoresplace.org came to be.”

Since the site started, progress is being made. An old school friend who’s a business owner in Ontario got in touch with Margot, and she’s getting donations to make the house happen. She hopes to have a location in Toronto, or Scarborough.

“Sawbonna relates profoundly with GNED 500,” Margot says about the Global Citizenship course she’s been teaching for the past two years. “I do not buy into that language that victims are vengeful, or angst-ridden. We might feel those things, however, we can bring something to the table, hence why I adore Global Citizenship, from social analysis to social action.”

“We have debates,” she continues. “We’re talking about gender issues, media, and our personal responsibility to every piece of information that comes to us. I say to my students, you want a job, right? When you get your job, you’re not going to get along with everyone. This course addresses that. We’re still in shared humanity together. That’s why I love this course.”

“I teach within the frame of Sawbonna, empowerment and voice,” she says. “This is real-life stuff, you have a voice, and you can make a difference.”

A few classes in, it clicks for students. “You know why there’s a buy-in? They research me,” Margot says. “My students get completely interested in what’s going on.”

A student of hers, Marisa Linscott-Wiltshire, even got a piece on prison reform published in The Justice Report, from the Canadian Criminal Justice Association, Issue 34.

What it’s all about

Throughout all of her efforts, her books, her writing, her lectures, Theodore’s Place, her classes, and beyond, Margot never forgets why she does what she does.

“I’m committed to one specific thing,” she says, “and that’s a promise I made to my father, when I was sixteen years old, and I was leaning over his casket, and I said to him, I promise you dad, your death will not be for nothing.”