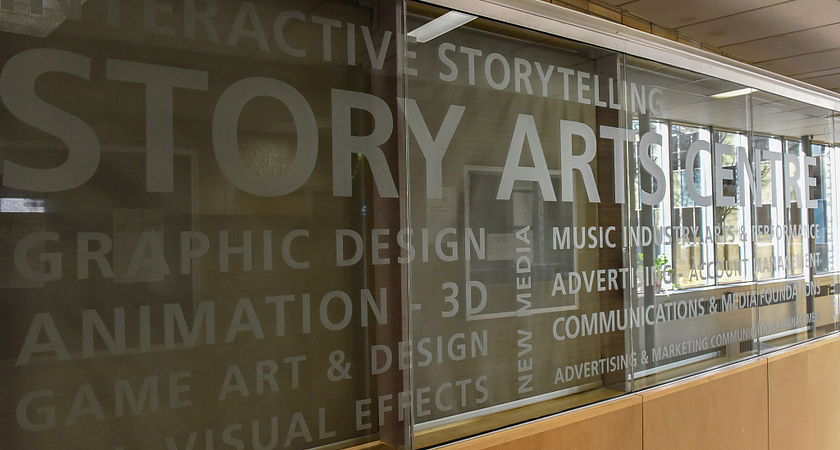 Centennial College Journalism and Media programs received an award at the inaugural Let’s Do It Again awards on Saturday, November 24 at Daniel Spectrum in Toronto.

Let’s Do It Again is a not-for-profit event management company that organizes community events like picnics, ticketed dinners and New Year’s Eve parties, the proceeds of which are used to empower communities. Handing out awards to recognize the efforts of those who are trying to make a difference and give back to their communities had been a dream of founder Claude Willis for many years. Centennial College’s Journalism and Media programs were selected for the award to recognize the diversity of the students enrolled in the program.

As a former student, he has had only positive experiences with our school. Speaking fondly of his school days he says, “I was pleasantly surprised by how inclusive and diverse the student population was. The professors gave each student hands on attention and I didn’t treat anyone differently.”

The award also included a $500 prize, which will be used to create a scholarship for a student in a Journalism or Media program at the school. Willis chose to honour the journalism and media programs this year because he believes that these students are some of the most important members of our society and need to be empowered. His hope is that one day they will be the ones to portray an honest picture of the issues that our society deals with.

Willis plans to make this an annual award to help the diverse students at Centennial to achieve their dreams.

“We are honoured to accept the ‘Let’s Do It Again Award for Journalism and Media,’” says Barry Waite, Chair, Communications & Media at Centennial College. “Centennial College is committed to training journalists who are sensitive to the realities of the world around us, and the award will support diverse students studying to enter the exciting field of journalism.”

During the gala dinner Let’s Do It Again also honoured: Spider Jones, former journalist, author and boxer Spider Jones, founder of the non-profit I Dream in Colors, the late Ms. Janiva Willis and Toronto-based businessman and humanitarian, Mr. Barry Boothe.