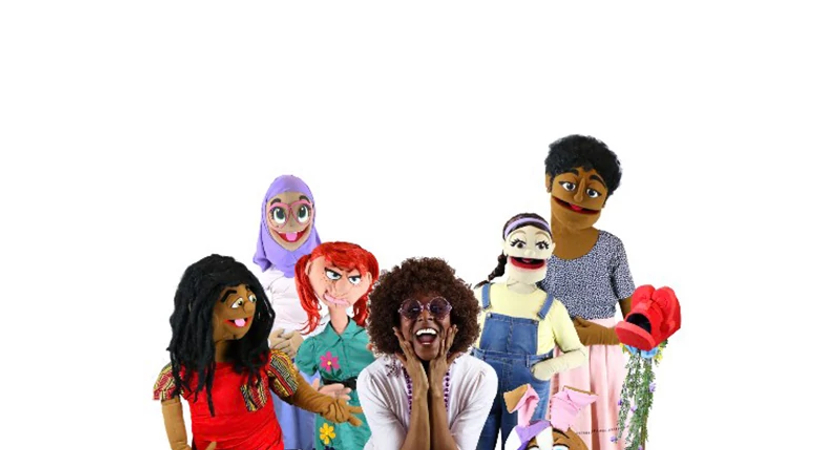 Khalilah Brooks is a 2019 grad of the Children’s Media program but has been involved in children’s entertainment for years, previously working as a puppeteer at Famous PEOPLE Players (FPP), a theatre located in Toronto.

After learning the craft of Bunraku puppetry, there was something about it that resonated with Khalilah. She says, “We all wear black hoodies, which is a little hood over your face as you’re performing, and I would be crying underneath my hoodie when kids would come to the theatre to see the show. Seeing them light up, I would be full of love and inspired by what was happening.” Although working at FPP was fulfilling, Khalilah wanted to move forward, but she didn’t know if she wanted to go to school or start her own company. That’s where the one and only Oprah Winfrey comes into play. Oprah was launching the OWN network and pushed out a notice stating that if anyone had creative show ideas, to reach out. “I was like, it’s Oprah- I want to get in on this! I knew she loves children, so I thought to do something about kids… but I also knew I had to do something with puppets because to me, children and puppets kind of go hand-in-hand.” Khalilah put together a quick skit, which at the time, she called Aunty K, and submitted the footage. Oprah did get back to her explaining that they loved her idea, but unfortunately, they were not doing children’s content. After that, Khalilah put the idea away but she knew her career still needed to shift directions.

About four months later, Khalilah pondered on what she was going to do with her life and where her career was going to go. “Out of nowhere, I remembered the Aunty K idea and I was like, ‘oh wait a minute, there’s something here, this is what I’m supposed to do.’ It was a very magical day for me because I had put it away and forgotten about it and then out of nowhere Aunty K came back and I knew internally that this was definitely where I was supposed to be.”  Khalilah proceeded with the legality component of registering the name, Aunty K, but realized it was already taken! Devastated, Khalilah called her dad explaining she couldn’t do Aunty K. “I thought my world was over… but my dad goes, ‘well, just call it B after your last name… Aunty B, anti-bullying…’ and I go, ‘you’re right!’”

Khalilah ended up going with Aunty B and sat down to write her first production, which at the time didn’t include any puppets. “After writing for three hours, it was solid. I was surprised because I didn’t really know I was a storyteller at the time,” says Khalilah. An important lesson stemmed from this moment, as Khalilah says, “I find in life that most of us are searching to find our identity by our exterior. We’re looking to the world to tell us who we are and what our gifts and talents are, but really, our gifts and talents are what we take for granted every day. The things that we do creatively, we just naturally do, and we don’t even see that it’s special, but that’s actually your gift.”

After securing her first performance, Khalilah went on to perform in schools and daycares. “It was very promising and I thought there’s something here, there’s something magical,” she says. After launching Aunty B, Khalilah stumbled upon the Children’s Media program. “I ended up discovering the program totally by chance. I was browsing social media and out of nowhere it kind of just popped up and I was like ‘what is this’ and recognized that there’s this children’s media program and instantly needed to apply. I was actually going to go back to school for social work and enhance my education there, but with the work I was already doing, I was obviously wanting to find a way to do my own craft,” she says.

It was the Children’s Media program that really allowed Khalilah to understand the digital media world, which helped her to rebrand the YouTube channel Khalilah launched, as well as create more content. Although, she notes that the program is not easy, as she says, “It’s a lot of work, there’s no doubt about it, and you have to be on your A-game and stay focused. But the instructors are fantastic, every single one of them. That really made the learning process much easier, especially when you have people that are working in the industry while teaching because they’re giving you that first-hand experience since they’re going to their offices to create great content for kids. But you also get their life experiences in the field, which enhances your learning process. The instructors are so motivating and you can call or email them at any time and they’re there to help. Even now after the program and being a graduate, I can reach out to them and get guidance through my journey as we continue to move forward with Aunty B and Friends.”

The program offered Khalilah many tangible skills in such a short amount of time that she still puts to use today. She says, “You have this one-year intense program, whereas on average, it would be two years for a program like this, I’m sure. But we were fortunate enough to be able to make it happen in one year… It really prepared me in the sense of Aunty B and Friends because when we were working originally, our company was a theatre company, that’s how we started off. Being a part of the Children’s Media program really helped me clean up the brand. I had an instructor by the name of Polly Beel and she really helped me understand the importance of marketing and the strategy behind that, as well as branding, and all of the finer details that some people might overlook, so I was able to utilize that information and then incorporate it into the brand as I was studying at Centennial.

When it came to the videography component of it all, you are really able to understand your cameras, lighting, and the technicalities of being in production, so that was a really big bonus because I didn’t even know the language, I had to understand the hierarchy of even the entertainment system of children’s media altogether, so that was brand new. As well, you are learning how to pitch, which is essential for us because you will be pitching your ideas, whether it’s a script or your creative ideas. There were a lot of special guests that came through the program that we were really able to learn from and also have pitching sessions with, so we had some really great representation, such as CBC Kids, TVO Kids, and Corus Entertainment, and we went to Guru Studio, which is an animation studio, so we were really thrown into the industry to meet and networks along the way. It was a really big blessing to me and a huge eye-opener.”

Khalilah normally has a travelling show, but due to COVID-19, that’s not possible. However, this time at home has given her a chance to focus on the digital side of Aunty B and Friends, which is what she wanted to focus on for a while. “We totally had to re-align what we were doing. We’re now currently focusing on the digital content space, which gives me a lot of time to do that. Instead of working in the studio like Centennial or any other studio, we are working from home. It’s just me at this point… I set up a backdrop and Aunty B will do a live stream, and we’re also doing TikToks every week as well which is where I become a puppeteer. I’m so grateful I can do both, be a puppeteer and transfer back into Aunty B.” Khalilah has also been able to receive funding from the National Arts Centre, which has allowed her to create more digital content.

Khalilah’s objective for Aunty B and Friends is to have a web series, such as on CBC Gem or Shaftesbury Kids, but for right now, she is continuing to contribute to her own YouTube channel and allowing it to grow. With themed videos depending on the day of the week, Aunty B and Friends is sure to engage children by tackling important topics like bullying, friendship, and embracing differences, in new and fun ways with appearances from life-size puppets and Aunty B herself.

Khalilah has grown Aunty B and Friends into an innovative series and is paving the way in children’s entertainment in a way that you don’t always get to see nowadays. We wish her great success as she continues down this road of accomplishments. 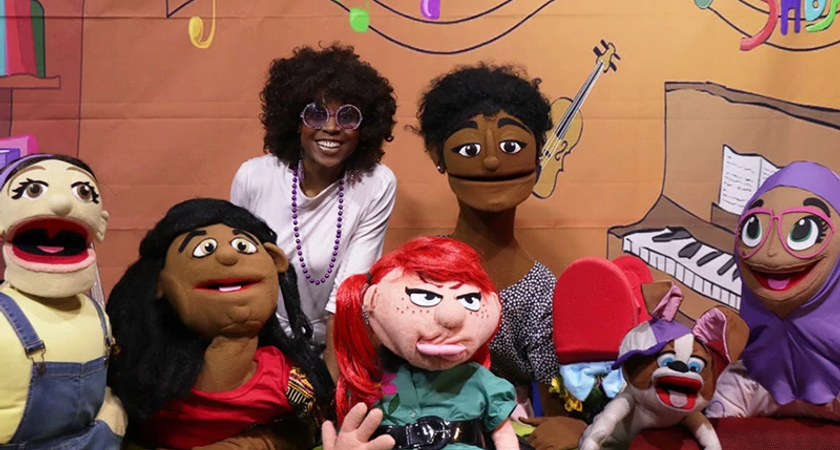