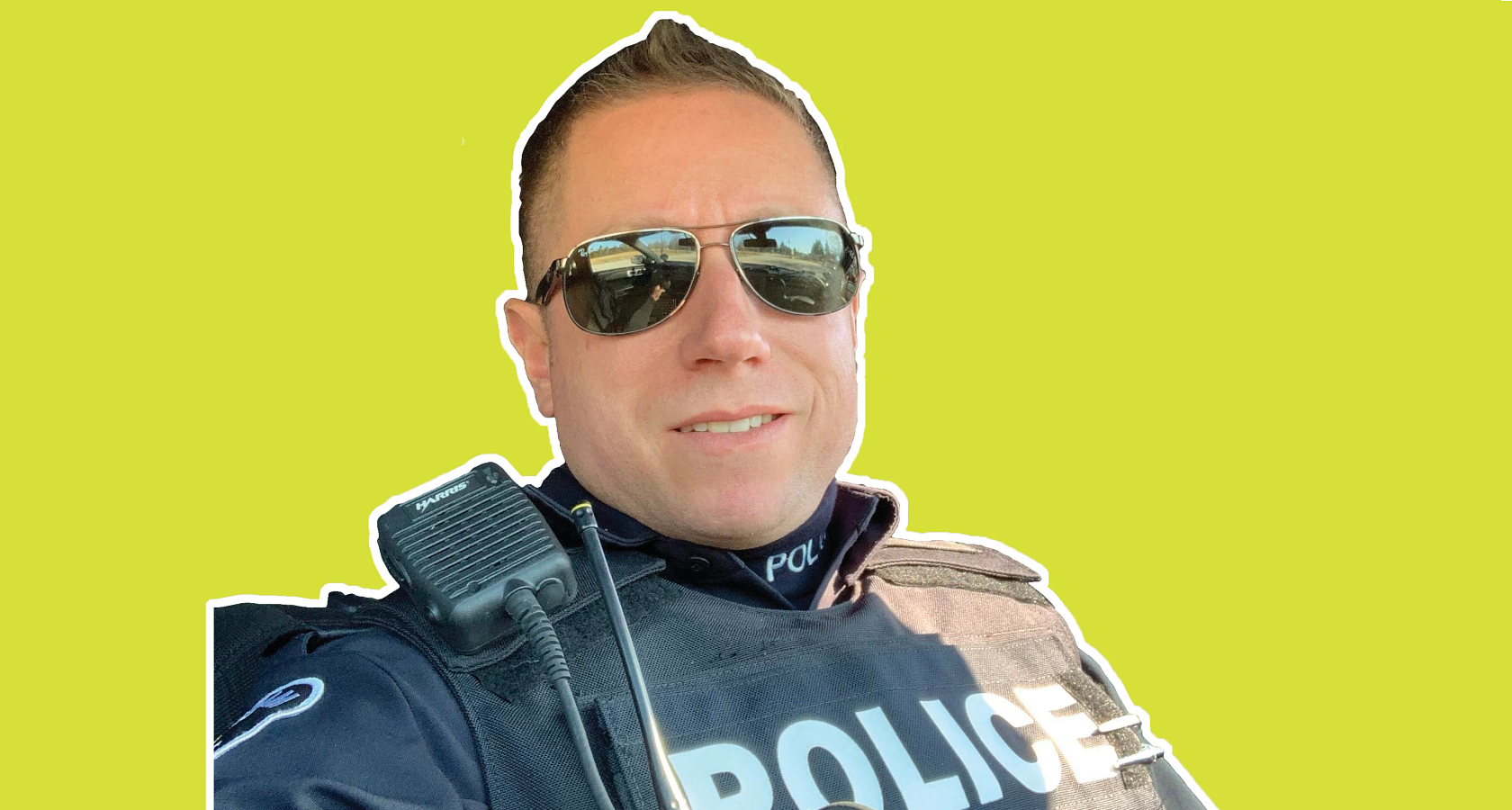 When he enrolled in Centennial’s brand-new Police Foundations program in 2002, Scott Babin was taking a leap of faith.

“Being part of the very first class of the program, I didn’t know what to expect,” he says. “So I was excited to find that the faculty had designed a really intensive training program rooted in real-life experiences, which fully equipped me to pursue my goal of becoming a police officer.”

Just one year after graduating from the program, Babin was hired by Toronto Police Service. He says the discipline instilled in him during his time at Centennial played a crucial role in helping him transition into a successful policing career.

“Centennial provided a program that was equivalent to a paramilitary environment,” he says. “We even developed a special uniform for students during my time there, which is still in use today.”

Since 2005, Babin has worked in a wide range of units – from community response to sex crimes, domestic violence to child and youth advocacy. He has also received numerous awards for his outstanding commitment to his work and to his colleagues, including being named Officer of the Year in 2006 – just one year after joining the service.

“I love what I do,” he says. “No two days are the same, and often you have a chance to help people on their most difficult days.”

“Look for opportunities to apply what you’ve learned at Centennial to the real world. This program prepares you to do just that.”