How architecture manipulates you 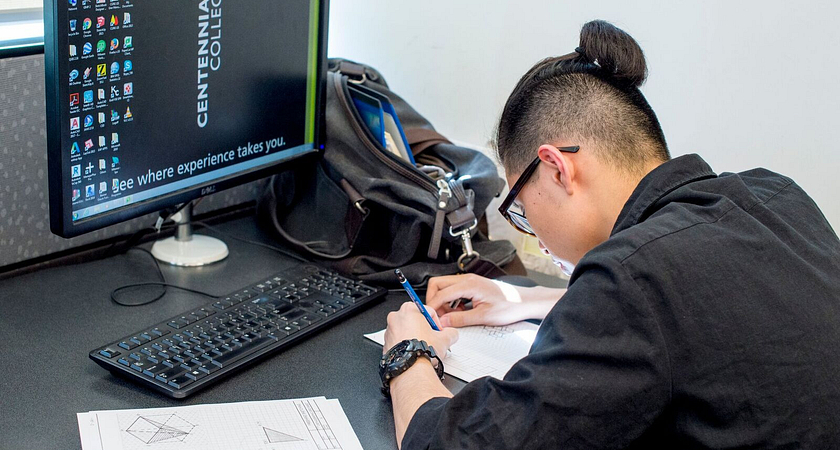 Ever worry that the space you’re in might be changing the way you think and act? There’s a lot of thought put into the smallest bits of building design, things you might not even notice, things designed to affect your feelings. Architecture can affect human behaviour, and a good architectural technician knows what’s likely going to happen in the building they’re designing. The mark of a good building is when it reflects and enhances what it’s going to be used for, and who’s in it. You wouldn’t want to live in a house that felt like an office or study in a school that felt like a prison, after all. Colours, angles and curves can affect your mood, and make you more or less inclined to do a specific thing or act a certain way. Here are a few tricks architects use to change the way you behave, sourced from Architectural Digest, dTank and PDH Academy. How many of these have you noticed?

If you’re in a spa, wellness center, or medical facility, expect the interior to be some shade of blue. Out of all the colours a building’s interior could be, blue is the most calming one. The same goes for bedrooms, as that calmness can even induce sleep. Speaking of special colours…

Green is one of the easiest colours for the human eye to focus on, it’s soothing like blue is, but also causes the feeling of hunger, meaning that you’ll see it in buildings that are food-oriented, like restaurants. Red has the same hungering effect, but it’s an energetic colour, so it can convince people to leave faster (which is sometimes what they want, particularly if it’s a fast-food establishment).

When placed well in a building, mirrors can make smaller spaces feel larger, even if you intellectually know they aren’t, as well as give a sense of openness. That’s why the smaller a room is, the bigger the mirror being used will be.

This is a weird one. Apparently, when there’s an alternating black and white set of colours across a large space, your brain thinks it’s uneven, and it makes you want to move quickly through the area. Architects and designers will use this trick in places with a lot of foot traffic, like a public bathroom, or lobby, or subway, or anything where they want crowds of people to move fast.

Some people find it easier to be sleepy or lazy when the temperature is higher, while others just find it uncomfortable. So if you’re in a building where serious work needs to be done, chances are it’s been designed with good ventilation, and powerful air conditioning, so the temperature can be a bit on the lower side for better productivity.

There’s a reason a lot of dining establishments keep the lighting low, and it’s not just atmosphere. When the light’s bright, it gives you energy, leading to rapid turn-over, which is good during the day (favoured by fast-food restaurants). Dimmer lighting in the evenings, however, relaxes guests and makes them stick around longer.

This is a bit of a sinister one. If you want people to not have a sense of the passage of time, just make sure there are no windows around. As a bonus, make sure the lighting’s warm, creating a sense of comfort. This one’s often used by casinos and shopping malls to get people to continue spending money.

Meanwhile, the opposite idea can be used for something more positive: More windows for bringing in natural light. Sunlight has been proven to improve your mood and productivity, so a space with plenty of windows leads to happier inhabitants and people who are more alert during the day. It’s an example of architecture affecting your health.

Here’s another positive one: If a house is designed with accessibility in mind, the builders intend the owners to live there for a long time, instead of having to move out in old age. Accessibility means subtle things like wider hallways, bedrooms on the main floor, lever-style doorknobs that are easy to use, and other small quality-of-life improvements. Instead of designing them into places that are specifically for assisted living, incorporating them into homes will keep you there.

Most people will take escalators if they have a choice, but to promote healthy living, you want people to take the stairs. So, buildings can be designed to put stairs front and centre, and make them attractive, instead of tucking them away, and in corners, making people take them without thinking.

Open-concept office space means hallways and doors are phased out, and plans are more open, to keep people from feeling isolated, and to encourage teamwork. It also makes you feel like you don’t have to stay at your desk and can mingle freely.

If there’s one thing a lot of these share in common, it’s that, while architecture affects human behaviour, it’s usually not a bad thing. Architectural design is being used to make spaces better to be in, or more pleasant, or more effective. What will architecture be like in the future? You can help decide how these tricks are used by becoming an Architectural Technician through Centennial College’s practical programs. You’ll become a part of this industry, and make sure that they’re used for good.