Seven Tricks Behind Your Favourite Video Games That You Never Noticed 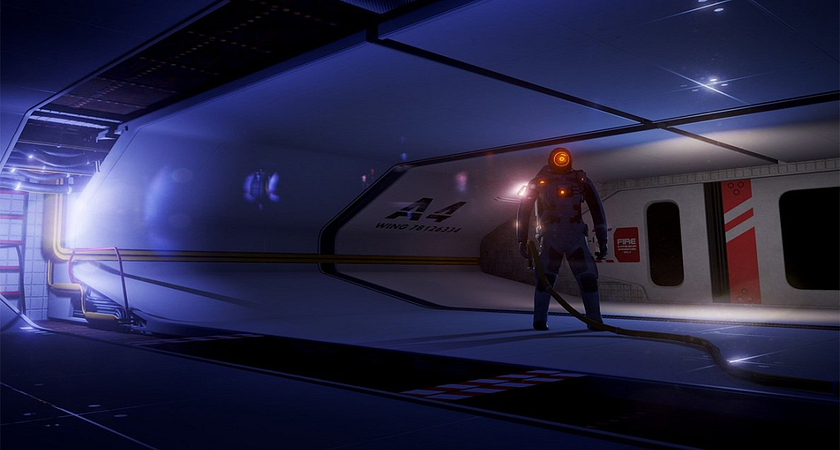 There’s a lot more happening under the hood of your favourite video games than you think, and smart programmers know how to make games fun, fair and exciting in subtle little ways you’d never notice. Whether it’s making sure a game doesn’t punish a player too hard, or pushing a player into pulse-pounding situations, here’s how game programming works when you’re not looking, sourced from Gamasutra, Goliath, Kotaku and Polygon.

In the old Roadrunner and Coyote cartoons, there’s often be a joke where the ground would vanish beneath the coyote, but he wouldn’t fall for a moment until he noticed and reacted to there being no ground. That’s the idea behind “coyote time,” which has existed since the days of Super Mario Bros. and Sonic the Hedgehog, or any other platforming game where you’re making precision jumps. Basically, you can walk off a ledge, and still have a little grace period to hit the jump with it still working, before physics catches up to you.

2. Dramatic last stands are often a part of the game’s design.

If you’ve ever played an action game and just barely made it through a fight, that might have been part of the design. Assassin’s Creed and Doom are two examples of games that secretly make your last sliver of health worth more than it appears, in order to give you more of a chance of living and creating a memorable moment. Along the same lines, Bioshock would make you invincible for a couple of seconds after you were bumped down to that last hit. Other examples of messing around with health stats to make things more fun include giving a bit of health back to your opponents in Middle-Earth: Shadow of Mordor, to make the fights last a bit longer, and making your final bullet in System Shock do double damage, to help you scrape by.

We all laugh when the artificial intelligence in games feels really weak, but sometimes poor AI is coded in on purpose. In some action-shooter games, like the Uncharted and Bioshock series, enemies are programmed to actually miss their first few shots at the player on purpose, in order to give it an “action game” feeling, and also to avoid frustration by warning the player that they’re around, rather than having them get hit by something they can’t see, and even giving the player the impression that they’re really good at dodging. More examples of AI being limited to help you survive: In the original Half-Life, if you faced more than two enemies, only two would attempt to fight you, while the rest would “flank” you, meaning they’d just run to random places and shout. Similarly, in The Legend of Zelda: Ocarina of Time, only the enemy you target would attack, while the rest would just hang around and wait.

Sometimes, programmers do the opposite, and give their AI artificial advantages, to make it more of a fair competition. In racing games like Mario Kart and sports games like NBA Jam, you’ll sometimes see a trick called “Rubber-Banding” or “Catchup AI.” Basically, if you’re really far ahead in your game, the AI will suddenly get really advanced and difficult, or even be given impossible advantages, all in the name of catching up to the player and making sure it’s a closer competition.

5. Multiplayer games can give you beginner’s luck on purpose.

According to one of the developers of the well-known Gears of War games, 90 percent of players won’t play a second multiplayer match if they don’t do well enough in their very first one. So, to make sure players kept coming back, they gave brand-new players secret advantages in the form of huge damage increases in their weapons. It was just for brand-new players, and vanished quickly, but was enough to keep players interested.

It takes a lot of power to render a modern video game environment and the objects in it, so if you can’t see it, the game hasn’t rendered it. This is why a lot of old games used fog to hide things in the distance, so they could avoid having to render a lot of stuff at once. This is still a trick in large open-world games like Skyrim and The Legend of Zelda: Breath of the Wild. Related to that, in some titles, enemies that are just offscreen are altered to be easier. In Devil May Cry, if an enemy isn’t in your eyesight, it moves in slow motion, only accelerating when viewed, to make the fighting more fair. Meanwhile, Bioshock’s most famous enemy, the Big Daddies, move slower when you can’t see them, specifically so they don’t get the drop on players.

When it comes to the world of bugs, and making sure games are ready to ship, it can feel like a contest of game vs programming, and sometimes the ad-hoc fixes game programmers come up with can be pretty funny. Case in point: One developer revealed that Mega Man Legacy Collection for the 3DS had a weirdly specific sound bug, where the first sound you played when you booted the game up would glitch out most of the time. After spending ages trying to fix it, the developer hit on the solution to simply have the first sound be an audio file of silence, and that fixed the issue! Going a bit more retro on the “creative fixes” idea, back in the 1990s, the original Wing Commander for the PC had a bug where shutting the game down would consistently cause an error, with an error message popping up. When they couldn’t figure out how to fix it, they figured out that they could just change the error text to say “Thank you for playing Wing Commander,” and no one would know that the feature was really a bug.

Do these little tricks of the trade interest you? If so, Centennial College is where to start game programming as a career, ca with our Game-Programming program. Through hands-on learning in our software labs, you’ll learn how to use the software behind modern games, and work on two large software projects for your portfolio. And if you’ve already graduated from a software program, you can use our fast-track option to skip ahead to the program’s second year. Either way, you’ll walk away with an advanced diploma, and the experience you need to start a career in the game sector and come up with some innovations of your own.