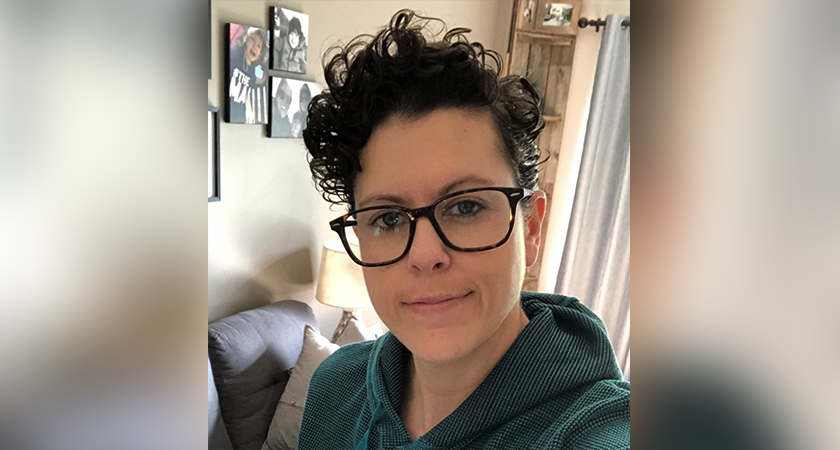 International Women's Day is a global day celebrating the social, economic, cultural, and political achievements of women, observed on March 8. On International Women’s Day, people come together to celebrate women’s achievements or rally for women’s equality. In Canada, while we still have a long way to go, we’ve made great strides when it comes to equality in education, employment and politics.

At Centennial College, we’re looking ahead with events like our Conversation for Social Change, titled Another World is Possible: Women Leading Change, which you can register for here, and attend March 10 at 10:00 am. We’re also celebrating how far we’ve come, by we’re highlighting women at the college in non-traditional careers, to inspire others to follow in their footsteps.

Kathryn Pratt works on automobiles and passes on what she knows to the students at Centennial College. Throughout her career, she’s written her own roadmap to success.

What’s your field, and how did you come to be involved in it?

“I am an Automotive Service Technician who specializes in transmissions. As a member of the Motive Power Program at Centennial College, I act as both a member of faculty and as a Program Coordinator.”

“During childhood, I was very active and engaged but had no exposure to cars, repairs, building things, and so on. Late in high school, I participated in some automotive courses and discovered an interest in taking things apart and working with my hands.  So I enrolled in a Motive Power and Management program at Durham College to further explore if this was something I wanted to pursue. As someone who struggled with school most my life, I flourished in college, learning about something that interested me.”

“One of my instructors connected me with a Scarborough dealership that was looking to add to their team. Shortly after commencing work there, I was promoted to an apprentice position and sent to Centennial College for my training in the General Motors Program. When a couple of my professors observed that I was tutoring some classmates, they mentioned that I might consider teaching down the road. Fast forward a number of years later, one such professor reached out to advise me that their department had an opening for a teaching position. I applied, and here I am.”

How has gender shaped your experiences of working in your field?

“When starting out in the industry after graduation, my gender was a hindrance. There were no women in the field, and many biases about “ women mechanics” prevailed. Despite being at the top of my class and also a scholarship recipient, I wasn’t getting the same opportunities as my male counterparts with comparable work experiences. My classmates were securing work, while I was not even getting callbacks.”

“Once I did gain employment in my field, it felt like there was just an extra bit of pressure on me as a woman to perform. When others expect that you’ll fail, then you need to overcome that preconceived notion by exceeding expectations. Was some of that self-imposed? Absolutely, but there were still many times when my mistakes seemed to loom larger by management than the same errors made by male colleagues. There were moments in my career when I felt that the stress associated with never making a mistake wasn’t worth it, but I persevered, and I am so grateful that I didn’t give up.”

What progress have you seen over time, and what still needs to happen in your field to achieve gender equity?

“While there were more roadblocks for women to break into the industry and, at times, they had to work harder to prove they were entitled to be there, views are shifting and acceptance is growing.”

“Much of this is awareness. When the dealership where I first worked announced it was closing its doors, unsolicited job offers began to flow my way. I hadn’t applied, nor interviewed. I hope, in part, this was because I had demonstrated that I was a promising young technician. Yet I also acknowledge that increasingly workplaces were interested in securing both talent and diversity. In the ensuing years, I have observed more women apprentices getting opportunities and doing well in the trade. While I did not experience working with other licensed women technicians, I now see many new, younger women joining the workplace where they have women as colleagues. Combined with an increasing acceptance by male co-workers, this will inevitably relieve some of the pressure to “walk on water” and create workplaces where women can learn and grow. Increased exposure of young women to the plethora of career choices available to them needs to continue and grow, to ensure women can expand their options.”

What advice do you have for women and non-binary folks in navigating a career in your field?

“There should be no careers that exclude anyone wishing to pursue them. If you have an interest and an inclination for a particular field, you will flourish. Young women often express their fear of not being physically strong enough for a career as an automotive technician. My response is simple: you will build strength and you will build it quickly, and there are strategies and equipment available to overcome a size concern.”

“At the beginning of my career, there was limited equipment that I could utilize to help lift heavy objects. I had to rely on some stronger technicians in the shop to assist me. The tradeoff, I remind young women, is while I might not be able to lift that heavy transmission all by myself, I can fit into a pretty small space. So the technician that just helped me lift something can call on me to assist in accessing a tight space he cannot reach. Cooperation with co-workers built a better team and increased acceptance.”

“Later on, these tools became more readily available, which benefit both men and women in performing their tasks. It has become the norm, eliminating previous physical barriers. There is a space for everyone in this industry.”

Who is a women or non-binary person you admire, and why?

“I most admire and look up to my mother. While we don’t work in the same field, we did work in the same industry. When she joined General Motors in the late ’70s, she was just one of three women in a department of 77 men. She was soon promoted to Purchasing, a bastion of men previously, where she launched a career acting in multiple Buyer roles, a first for women at the time. She then moved into HR where she assumed increasing leadership roles until her retirement.”

“As a young child, I remember my father taking me to see my mother at work. Even then I noticed that she was the only woman with her own office, rather than a cubical. While I didn’t understand the importance of my observation until much later in life, I’ve come to realize the importance of what she had accomplished. By knowing her worth and having the confidence to pursue a non-traditional career path she paved the way for other women to follow, with fewer barriers of bias to overcome. Her confidence is something I have always admired.”