Reality TV Through the Years 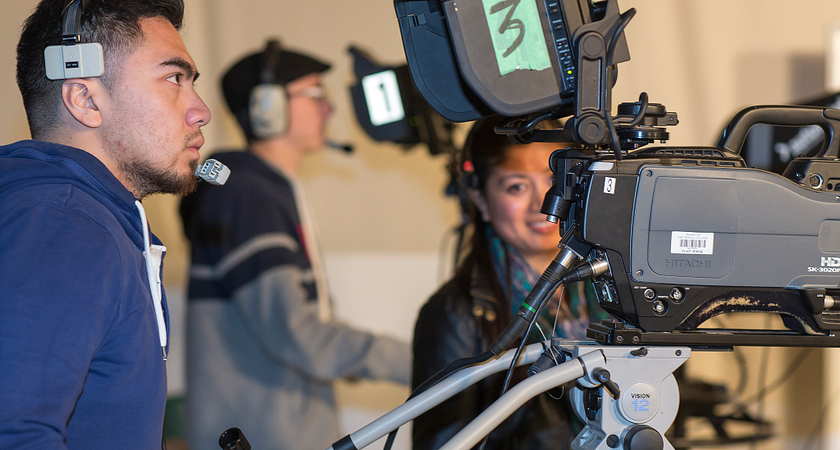 It’s impossible to turn on your TV without coming across a reality TV show within a few channel flips — from The Bachelorette and Survivor to Keeping Up with the Kardashians and Dancing with the Stars. While reality TV began its complete takeover in the 2000s, the origins of the genre started well before then. Here’s a look at the evolution of reality TV.

1940s and 1950s: In the early “reality” TV days, shows weren’t about living in a house or on an island with strangers and they didn’t follow celebrities’ drama-filled lives. Unscripted TV started with shows such as Candid Camera, which debuted in 1948 and showed unsuspecting people reacting to pranks, or talent search shows such as Ted Mack’s Original Amateur Hour. In the 1950s, an early version of crime and police shows also emerged when Confessions aired. It consisted of an interviewer questioning criminals from various backgrounds.

1960s and 1970s: You might be surprised to learn that the first reality show comparable to what we consider reality TV today debuted in 1965 and aired in the U.S. until 1986. A typical episode of The American Sportsman featured one or more celebrities, and sometimes their family members, on outdoor adventures with a camera crew in tow. It was unscripted. During the 70s, meanwhile, more forerunners to competition shows got their start when shows such as The Newlywed Game and The Gong Show (it was resurrected in 2017) aired. These shows focused on people sacrificing their privacy or dignity for a prize.

1980s and 1990s: This was an era in which the popularity of reality TV started taking on a new level. There was stunt shows such as That’s Incredible, and even Canada got in on the act with Thrill of a Lifetime, which showed thrills ranging from daredevil to the romantic adventures fulfilled by regular people. Then there was COPS, which debuted in 1989 and became infamous for its camcorder look and theme song. And while the concept of putting strangers together in a house started on Dutch TV, MTV took the concept and ran with it when it aired The Real World. Another popular idea that got its start overseas was Survivor, which first aired in Sweden as the show Expedition Robinson. It took elements from the Real World (think confessionals and unscripted conversations) and combined them with competitions to create what today are known as elimination shows. Another theme to emerge in the 90s was self-improvement or makeover shows. Changing Rooms, during which couples redecorated each other’s houses, is an example.

2000s: Reality TV went into overload in the 2000s. You’ll be familiar with names such as Big Brother, The Amazing Race, American Idol, Survivor, The X Factor, The Biggest Loser, America’s Next Top Model, MasterChef, Extreme Makeover: Home Edition, Dragon’s Den, Who Wants to Be a Millionaire?, Weakest Link, Deal or No Deal, Fear Factor, Project Runway, Jersey Shore, and the list goes on and on and on. In fact, American Idol, Wikipedia reports, “has the longest hold on the No. 1 rank in the American television ratings, dominating over all other primetime programs and other television series in the overall viewership tallies for eight consecutive years, from the 2003–2004 to the 2010–2011 television seasons.”

2010s: Reality TV remains a staple of networks’ programming. Shows such as The Voice, which now has 50 international adaptations, have become favourites and newcomers such as Nailed It! are on the rise. Even Jersey Shore was resurrected. For now, the genre is here to stay.

If you have as much interest in creating reality TV as you do in watching it, you can get the know-how you need to succeed in the business at Centennial College’s Television and Film – Business program. A graduate certificate program from the School of Communications, Media, Arts and Design, it examines the legal, financial and regulatory frameworks of the industry and develop skills necessary for producing in the current Canadian and international market.