The history of video games in Canada 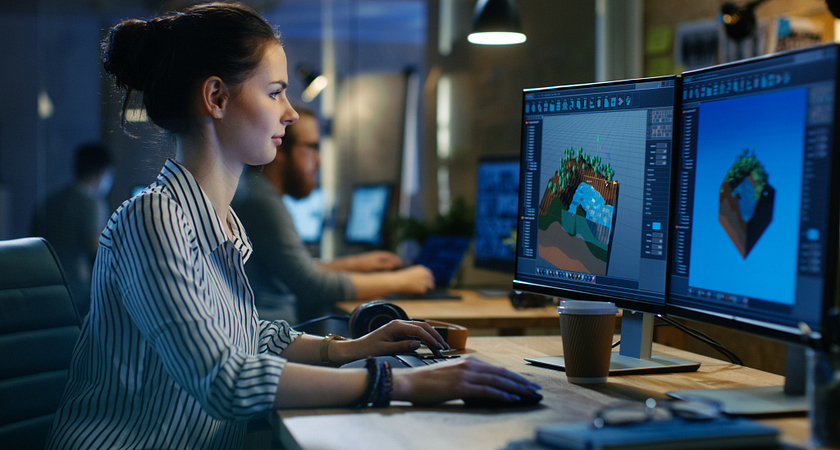 Games have come a long way from the early days of Pong, and game development in Canada has come a long way, too.  If you want a career in the Canadian video game industry, Centennial College can set you up for success with our Game Design program. You’d become part of a long tradition, and join a thriving industry. Here’s where we’ve been, and where we are, as told by The Globe and Mail, and the CBC.

Where we came from

Game historians believe that Canadian game development kicked off in 1983, with the publishing of two successful Apple II computer games, Evolution and B.C.’s Quest For Tires. They both came out of Vancouver and were published by the Sydney Development Corporation, one of the few software companies around the area at the time.

Evolution, in particular, directly led to the industry we have today. The title was a collection of mini-games centred on evolving a creature from an amoeba into a human. It included a Canadian twist in the form of a level where you play as a beaver. Its success led its developers, Don Mattrick and Jeff Sember, to form a company called Distinctive Software, which would go on to become the largest publisher of video games not owned by a console maker in the 1980s. Eventually, Electronic Arts would buy them out in 1991, and open EA Canada, which today employs 2,400 people across the country. Meanwhile, special subsidies in Quebec meant that Ubisoft opened a studio there in 1997, leading to other publishers like Eidos, Warner Bros. and THQ setting up shop over time. This rapid growth would mean smaller Canadian studios began to pop up, as well as sound and art design firms to support them (hence why we have a separate Game Art program at Centennial.)

Where we are today

Today, Ubisoft’s local Toronto branch, which opened in 2010, is at the top of the local videogame industry, helping produce hits like Assassin’s Creed, Far Cry, Just Dance, and Rayman. But there’s also a thriving, small, independent scene, with developers like Capybara making names for themselves.

Outside of Toronto, the main hub of the Canadian video game industry is still Montreal, where Ubisoft has also dwelt since 1997, employing about 2,000 people. Eidos Interactive and Warner Bros. are also out there, employing hundreds of new programmers.

Stats-wise, Canada’s video game industry is ranked #3 worldwide in terms of people employed in it, with 16,000 people directly employed. In our country, the average gamer is 31 years old, and 50 per cent of Canadians identify as gamers, with 90 percent of kids specifically identifying as one. In terms of what they’re playing games on, while 61 per cent of Canadians owns a game console, 80 per cent own a mobile device, meaning an emphasis on mobile gaming is important to future-proof your career.

A big advantage the Canadian industry has is the country’s rich multicultural landscape, meaning games developed in Canada can include influences from more than just American culture, but from Europe, Asia and other regions as well. And if you want to leave your mark on the industry, Centennial College’s Game Programming program is an excellent way in, featuring hands-on training, including two practical software development projects you can add to your portfolio. Join up, and lend your ideas and skills to this thriving, vibrant industry.