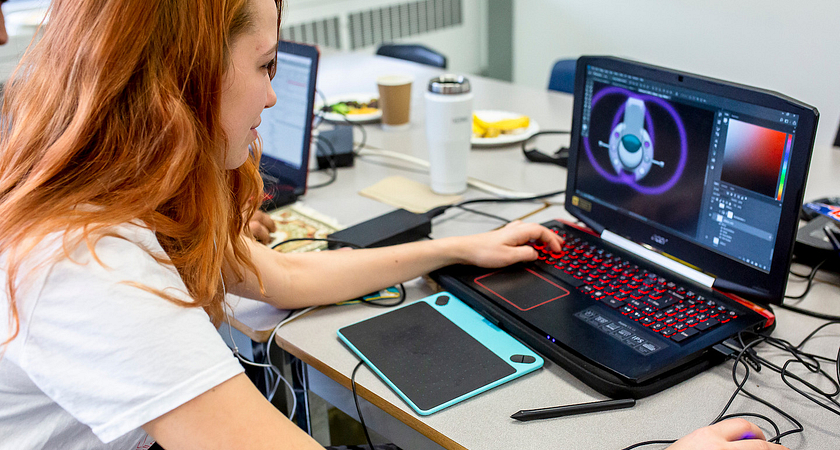 The Global Game Jam, the world’s largest Game Jam event, took place from January 31 to February 2. The Global Game Jam encourages everyone, regardless of your skill level, to come together and create games. The Story Arts Centre was one of the jam sites that hosted participants for the world-wide event, and according to one of the event coordinators, Brian Sinasac, this is the first time we have held this event in any kind of meaningful form. Although there have been Game Jams held at the school in the past, this is the first time an event of this capacity has taken place.

For more information on what a Game Jam is, check out the video below.

The theme for this year’s Global Game Jam was repair, and you can watch the announcement of the theme here. Brian said, “We had about 150 participants and they worked from Friday at 5 pm until Sunday at 5 pm. Everything went off without a hitch and it was fantastic. We had a number of different teams and 21 games to date have been uploaded.” Teams from several schools attended in addition to Centennial College students, including Sheridan College, University of Toronto, Carleton University, and triOs College. The Story Arts Centre site also hosted many industry professionals for the jam.

The games that were created ranged from arcade-style to 3D puzzles and much more. To check out and play the games click here.

Brian emphasized that the event wouldn’t have been able to run so smoothly without the help from the Centennial volunteers. He said, “They helped out during the entire thing, helping to serve food, and keep everything organized. Without them, it would’ve been much more difficult to run this.”

Everyone who came out to the Global Game Jam should be very proud of the work they created! Be on the lookout for future Game Jams at the Story Arts Centre.