Centennial College to be an official Global Game Jam site 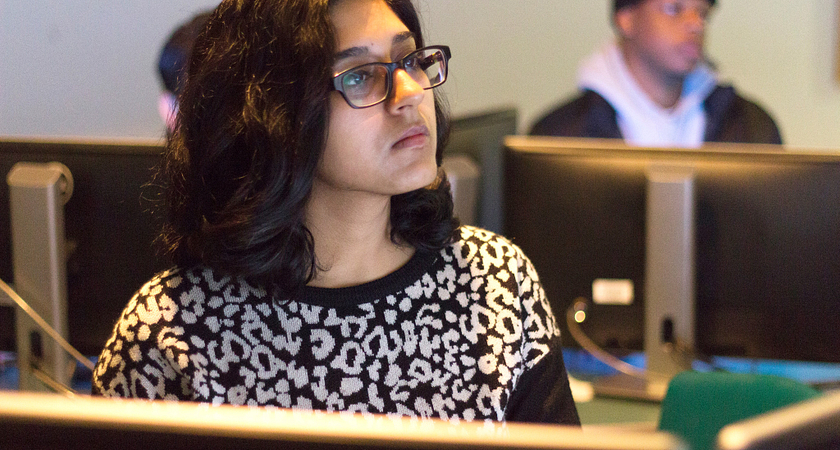 Andreas Koepke’s advice for anyone interested in taking part in Global Game Jam this upcoming January was simple.

“Meet new people, get on a team, come up with a crazy idea and go from there,” the Centennial College game development student said. “That’s the basic stuff.”

Centennial will be one of hundreds of sites around the world taking part in the 2020 event, where participants have 48 hours to create a video game based on a secret theme. This theme gets revealed at the beginning of the event, and in the past has included “extinction,” “deception,” “transmission,” and “what home means to you.”

Koepke says he’s looking forward to the event as an opportunity to network, meet people from different programs and “collaborate on something original.”

He also sees this as a chance to take on new challenges when it comes to developing games.

“It’s a great opportunity to step outside your comfort zone and also just have fun with it,” he said.

Brian Sinasac is the coordinator for Centennial’s game development program and is organizing the event for the college alongside other faculty members. He says his main focus is to provide students and other aspiring game developers a venue to go wild and create something new.

“It’s not a competition. There are no prizes, there are no awards or anything like that,” he said. “It’s an opportunity for people to test or to build something just to be creative.”

Sinasac has been involved in past Global Game Jams and other video game jams around the city, and he said he wanted to give students a chance to experience an event like this.

Another important experiential learning aspect for students is having the opportunity to apply what they’ve learned and having a chance to fail, Sinasac said.

“Having that opportunity to try something so new and so fresh and have it either work or not work is what these game jams are all about,” he said.

And even with Global Game Jam’s seemingly daunting challenge, Sinasac believes it’s a great opportunity for anyone.

“Regardless of people’s skill level, I say ‘come on out and give it a try,’” he said.