Script to Screen Grads Move Ahead with Creative Projects 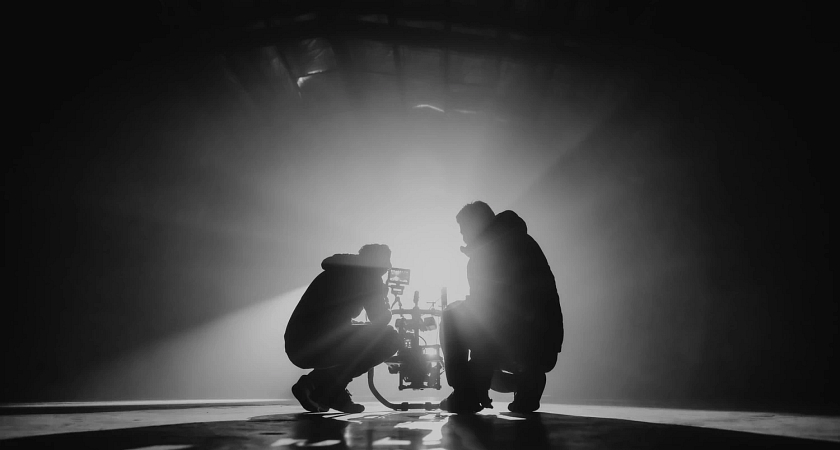 The Advanced Television and Film – Script to Screen program is a rigorous and rewarding one-year graduate certificate that allows students the chance to delve into the film and TV industry through hands-on learning, while gaining a compressive understanding of the factors that go into producing a feature film and TV show. Steve Lucas, Program Coordinator, has over forty years of experience in writing and producing within the industry and recommends those who are interested to take the leap to discover if it’s right for them. “If you’re thinking that film and TV might be for you, now is the time to find out. In eight months, I guarantee you will know,” he says. As the program is heading into its seventh year, grads from each cohort have gone on to participate in wonderful opportunities. Steve says, “After students have graduated, they’ve wound up working on sets, production campaigns, community film organizations, casting agencies, as well as making films of their own… It’s really a program where you get to see what it’s like to be an independent filmmaker or work with independent filmmakers and see whether or not that’s for you.”

Steve has specifically been working with a number of graduates between 2017-2020 on exciting projects that they’ve put together. The graduates have expanded on their time within the program and what they are up to now with Steve’s help:

“She and I are doing a one-hour TV drama series pilot set in the world of big-city journalism for a Toronto-based company called White Pine Pictures and they were the broadcasting company behind Once We’re Brothers, the Robbie Robertson doc that opened TIFF last year,” says Steve.

“When I came into the program in 2016, I had no prior experience in filmmaking. I came from a University background (UOFT) where my expertise laid in critiquing and analyzing films, but things changed and I was ready to put myself in a position that I’m not familiar with. When I first applied to the program and had my meeting with Steve, I knew this was the place I was supposed to be. While I was in the program, I did have a tough time with the hands-on learning such as editing, directing or simply just understanding how to use film equipment, and to be honest, no one in the program really wanted me on set. But what they did want from me was to edit their scripts or help them articulate their story ideas and that’s when I realized where my passion lays - screenwriting. I looked forward to Steve’s screenwriting class and I always tried to push through any difficulties I came across. I would always ask Steve for advice on how to take my scripts further. I also welcomed feedback from not just Steve, but everyone. By the end of the program, I realized who I wanted to be - a screenwriter.

But just simply saying, I want to be a screenwriter, wasn’t enough. I needed to work ten times harder especially because I came from no money, a broken home and I knew absolutely no one in the industry. While working as a waitress, I decided to volunteer on CFC sets where I PA’d on around 10 shoots. Whatever they wanted me to do, I did with no questions asked. By the end of that experience, I met so many people in the industry that until this day, I know I have their support…

As of now, I’m currently working with Steve in developing a TV show. This project started about a year ago and we’ve just recently finished our first pilot draft. I can’t speak about the details of the project but what I can say is this - it takes writers years to get the ability to develop a tv series and I am beyond grateful to be even given the opportunity to work alongside Steve. I always knew I wanted to write but, I didn’t know exactly what medium I was good at until I came into this program and realized screenplays were my medium,” says Tannaz.

“They’re trying to put two of our most recent in-class projects, on to the festival circuit. They are both comedies, one is called Frankie Boy and the other is called Respect. We also did a five-part short doc series on UDL (universal design for learning) and we’re going to see whether or not there are some festival possibilities for it as well,” says Steve.

“The reason I chose the Centennial program, was to give myself the gift of being creative for 8 months. My background was TV production, which evolved into acting professionally for 15 years. Wanting to expand my skills and to challenge myself, I knew the program would be a great place to learn how to direct, write and learn how to direct myself. In eight months, I walked away with three short films, two of which were nominated for awards including a Canadian Comedy Award. The network and resources I now have, have helped me with my future work. The great experiences continued after graduation, Steve Lucas asked me and a few classmates to be a pre-jury for a TIFF screenwriting award, and it was a great experience to see what is being generated, debate the merits of these scripts and to know we have the talent to pursue such awards. Before COVID-19, I was about to get a new agent, so that is delayed for the time being. But I have been applying for writing grants and acting conservatories,” says Darryl.

"My experience while attending the Adv. Filmmaking - Script to Screen Course was amazing. As someone who had taken a television broadcasting course in the past, I found the program to be very informative. We had opportunities to make our own films as well as work on films as a class; it really gave insight into the film world as a whole. We also had an opportunity to focus on the career path we saw ourselves in during the second semester. I am currently working with my classmate and friend Darryl Dinn with the assistance of Steve Lucas on the marketing of two previous class films. We are working on getting our print-based marketing done, as well as determining which film festivals will be best for each film. Since the program a year ago I have had the opportunity to work as a Production Assistant on three feature films and two commercials. I also have worked as a Production Coordinator on one feature film,” says Allie.

“He wrote what started out as a web series pilot, which everybody does in the second semester, but he wrote two episodes of the series and when I cut them down, I realized that he had a pretty solid half-hour comedy series pilot on his hands. Over the next little while, we’ll try and find a home for it, but he’s good to go; he’s an actor, he’s funny and it can be done for a price… I always thought it would be a web series, and maybe it will, but it can be something because good material is hard to find,” says Steve.

“Steve has been helping me with suggestions on smaller aspects of the pilot episode, such as making sure the formatting is correct and that there are no silly errors. He also helps me with dialogue, the flow, if I’ve written too much, or if a scene doesn’t need to be as long… mostly just correcting mistakes that I might have made, while also giving advice on how to fix the problem.

The pilot is basically Brooklyn Nine-Nine but in a hospital. It’s essentially about a group of security guards and nurses who do night-shifts at a large metropolitan hospital, so they’re not the sexy, wealthy doctors that are saving people’s lives… they’re the loner people that you don’t really pay attention to, but the ones that have to deal with those patients that are angry, rude, and gross… It’s just a group of normal people doing the dirty work at a hospital during the night shift. I have worked in security at a hospital for a little over two years now which is kind of where I originally thought of this idea. When I went back to school and our last project was to make a pilot episode, I knew the best thing to do for people who are starting off writing is to write what you know, so I wrote what I know.

The whole program has been really great. They focus a lot on more practical learning and actually getting you to do things, instead of just simply talking about them. The professors that we work with all have been in the industry or are currently in the industry, they all know what they’re doing, and they’re all willing to help you with whatever you need. Plus, you get to work with some of the best equipment and editing software. On top of that you will almost certainly make new friends like I have,” says Patrick.

It’s apparent that this program offers the tools that extend beyond its duration and really offer students and future professional creators the necessary skills. As with other programs, COVID-19 has impacted the delivery, with the Script to Screen program as no exception. However, Steve says, “We can deliver most of the program online, and from the looks of things, we’re going to have to. The one piece that is up in the air is the main class project, which is prepping, shooting, and posting a film that’s a combination of students and professional actors and supervisors that come in… It’s hard to imagine that we’re going to be able to get ahead in the film and TV industry. I don’t think we will and that’s not a reasonable expectation, so until film and TV industries figure out how to shoot films in a safe manner, we’re going to be in the same predicament; until they’re able to, we won’t be able to. But there are a lot of things you can learn and need to do, short of actually prepping and shooting and posting a film. There’s a lot of ways of prepping and shooting and posting other films- you could shoot a drama in your apartment on a phone with your roommate or your family, and that’s going to be the way it goes until this thing gets cleared up.”

Congratulations to all of the grads on their exciting creative ventures!