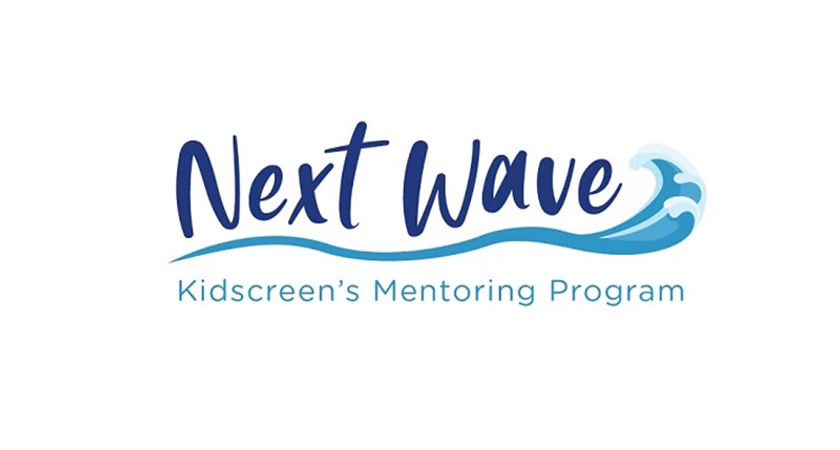 Kidscreen is a major children’s entertainment publication that publishes an industry-focused magazine, while hosting numerous events, award opportunities, and more. Their Next Wave Mentoring Program is a new venture that they are offering students in various animation programs, as well as our very own Children’s Media program, that provides soon-to-be graduates with the opportunity to collaborate with experienced mentors based on the work the students are interested in. Each pair will have multiple video calls to discuss career planning, employment opportunities, and to look over the student’s portfolio. This opportunity is extremely monumental and five students in our Children’s Media program are able to take part in it!

Helen Sianos, Program Coordinator of Children’s Media, describes that Kidscreen became acquainted with the program, eventually leading to the participation in this mentorship program, through the Youth Media Alliance Sheffer Scholarship. “Kidscreen has been instrumental because we’ve had students in the past, who are now alumni, who have won the Youth Media Alliance Sheffer Scholarship. That means students who won, got a chance to attend Kidscreen and network, so that’s how we built that relationship,” she says. She also recognizes that the calibre of mentors involved in this mentorship is remarkable, so this opportunity is extremely significant for students. However, Children’s Media faculty could only choose five students to participate. “It was really tough for us to pick because they’re all great, but we could only pick five.” It is the hope that more students can be picked to participate in future opportunities with the program, but as of now, the five students will be further engaging with their mentors in the coming weeks.

A word from the selected students…

“Being selected for this opportunity was extremely humbling, but when I found out who I was paired with, Michael Rose of Magic Light pictures in London, I literally jumped for joy! One of his most notable productions is The Gruffalo, which is one of my favourite picture books, and I did mention in my application how I knew the entire book by heart from my time working as a nanny. I'm very excited to share my writing with Mr. Rose and learn from him what I need to do to become the best writer I can be. Being part of this program wouldn't have happened were I not enrolled in the Children's Media program at Centennial, and I am beyond grateful to expand my association with professionals in the industry I am hoping to break into. I still can't quite believe I was paired with someone whose work I've been inspired by and admiring from afar for much of my life!” – John Curtis

“I'm sure all students are feeling at least a little disheartened facing the challenges of completing their studies during this pandemic. After uprooting my life and going back to school to make a major career change, the industry I was hoping to enter into has shut down right when I am finishing my studies. While I've been incredibly lucky to be able to carry out my internship at home, this initiative from Kidscreen is such a thoughtful way to give a helping hand to those of us who were prepared to join the workforce in the Kids Media world but who have to wait a little longer or face an onslaught of new challenges. Being selected for the mentorship program will give me an opportunity to learn from and build a relationship with an incredible woman who is the CEO of a company I've always admired. It feels like a major door has opened where so many have seemed closed to us over the past few months. I feel incredibly honoured to be selected and I am so excited to talk and learn with my new mentor!” – Molison Farmer

“I'm really happy to have been selected to participate in the program. It's always nice to have the sense that your teachers believe in you, and it gives me a really nice feeling to know that they believe I'm a good fit for this. The Children's Media program breeds a very open and supportive environment overall, but this was a lovely, unexpected cherry on top. As for the mentorship program itself, so far, we haven't done much, but I have been paired with my mentor: Anne-Marie Perrotta, who is a TV writer and executive story editor with loads of experience. I'm really excited to meet with her and learn about her career path to date. We also have the opportunity to show our mentor some of our own work, and I'm sure that will be an invaluable experience. Overall, I'd say I'm really grateful to have been selected, and I'm very excited about what the opportunity will bring!” – Nicole Honderich

“Being part of the Next Wave program is a huge honour. The chance to talk with and learn from someone who has established themselves as a major influencer in children’s media is not something I take lightly, and it offers a fantastic way to round out my time at Centennial. It will be great to take what I’ve learned and see how it works in the real world, and to get that extra feedback on my work and ideas. The Children’s Media program is, at times, quite intense; there is lots to do and the time goes by much more quickly than you expect. But I've created work I can be proud of, and hopefully will be able to build off of it to create something special for the kids’ TV market. The year has been filled with so many amazing opportunities, provided a strong foundation in the industry, and the chance to network. Plus, I’ve met other students and instructors that I hope will continue to be in my life well into the future.” – Daryl Wallbank

“It's a real honour to be selected for the Kidscreen Next Wave mentoring program. Those of us entering children's media are well aware that Kidscreen is one of the golden tickets to the industry, holding arguably the most important trade convention each year in Miami.  So, to be handed the opportunity to virtually face time with a top industry executive is a real break in the clouds during gloomy times.  I think everyone is really worried about navigating a new industry during isolation, so I am extremely grateful to Kidscreen right now. Just when things seemed like they were slowing down, this was a perfectly timed boost in the right direction.

The program started off with a detailed survey about my personal interests and career aspirations, then promptly paired me up with a compatible mentor. I was impressed that the selection committee was able to so quickly match me up with someone that fit my mixed career projections, and I am really pumped up to get started next month. I can't wait to talk to my mentor about how she got to where she is today, and conceivably draw parallels to my own experiences. I also get the amazing opportunity of presenting my own work for her consultation. Just knowing where my mentor sits today, that feedback and career guidance is priceless.

The Children's Media program at Centennial College's Story Arts Centre has done an outstanding job preparing me for my career pivot, and now the Kidscreen Next Wave mentorship feels like the icing on the cake. It erodes lots of the anxiety and uncertainty of the COVID-19 era, which already compounded the imposter syndrome of starting a new career. Now I'm feeling positive vibes, and I'm so thankful to my teachers and to Kidscreen for setting me up for success as I enter an industry that felt like a pipe dream just a couple years ago.” -Kevin Andersen

The achievements stemming from the Children’s Media program demonstrates just how big of an impact the students are making in the industry. The progression of this program has been wonderful to observe, especially to Dean Nate Horowitz who created the program years ago. “I wanted to develop a post-graduate children’s entertainment program so that graduates coming out of the program could work in the entertainment industry. The reason is that I saw a niche and an opportunity, and no one was doing it in Canada, and frankly, we’re still one of the very few doing it,” he says.

After sitting with this idea for a couple of years, but not knowing anyone personally in the children’s entertainment industry, Nate had lunch with a past student of his, Joan, who wanted to talk about a program her son was interested in. However, to his surprise, Joan happened to be involved in children’s entertainment and everything began to fall into place. “We had this amazing advisory committee of top-flight people and we developed the program together and called it Children’s Entertainment. I kind of gave the guidelines of what we needed to do and how to get it approved inside the College and then the Government,” he says. Suzanne Wilson, who worked with Joan, ran the program as the coordinator for a couple of years and created many opportunities for the program. Now, Helen Sianos is the coordinator and Nate describes how fantastic of a job she has done.

“Our children’s media program is what put us in the second phase, plus our reputation throughout the industry. We’ve had somewhere around eight to nine years of graduates and they are now in middle and sometimes senior positions in the industry. I’m very proud of the leadership of the program, and of course, the students and graduates,” says Nate.

Congratulations to the selected students on this amazing mentorship opportunity! The Children’s Media program has such an array of accomplishments and everyone involved should feel very proud of their dedication to this field.

By: Alexandra Few
TOP OF PAGE