Children’s Media Grad Writes Book: Do You Want to Play? Making Friends with an Autistic Kid 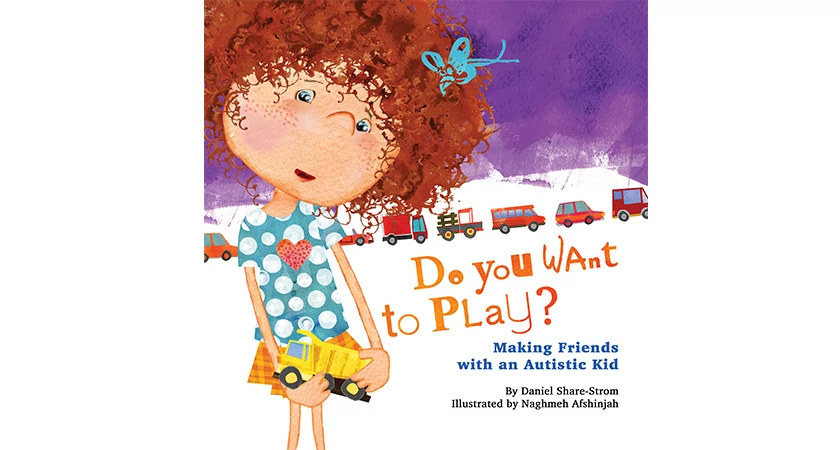 Daniel Share-Strom, a Children’s Media graduate, has recently written a children’s book that insightfully explores what friendship may look like for a child who has autism, but from the perspective of a child who does not. With detailed illustrations by Naghmeh Afshinjah, the story follows Jamie, a young girl who is waiting for her mom to pick her up after school and decides to pass the time by playing in the sandbox. It’s there where she notices a young boy playing with cars, but in a way that is different than how she normally plays with them. Jamie later finds out from a friend that the boy’s name is Dylan and he has autism. From then on, the story demonstrates the different ways that Jamie tries to get Dylan to play with her, as the traditional ways she is used to are not particularly working. Since they both share a common interest in cars, Jamie tries to understand Dylan’s point of view, in hopes that he will be friends with her. One of the main goals of this book is to shatter the idea that being friends with a child who has autism is somehow doing them a favour, and this is exemplified within the storyline of the protagonist, Jamie. To learn more and to get a glimpse of the book, check out Daniel’s Facebook Live interview.

Stemming from personal experience, Daniel was able to skilfully write this book as he understands first-hand how friendships can be difficult for those living with autism, mainly due to the lack of understanding many non-Autistic individuals have on autism as a whole. He says, “The reason I landed on this book specifically is because I know from my own experience, and the experience of lots of people I talk to through my work over the years, that friendship is one of the most difficult topics and one of the most heart-wrenching areas for Autistic kids. It’s not like Autistic people don’t want to have friends; that’s usually not true at all and is a stereotype. It’s just that Autistic people see the world a little bit differently and we have a different experience. A lot of the time that results in bullying or kids being ostracized from groups, like not being invited to the class birthday parties, and that can lead to long-term mental health problems.” He continues, “It’s important for Autistic kids to see themselves represented in a realistic way in the media because representation is so important for underrepresented groups. Also, I wanted to depict a realistic way of a non-Autistic kid learning about autism, but naturally through play and in a way that is actually accurate and authentic.” 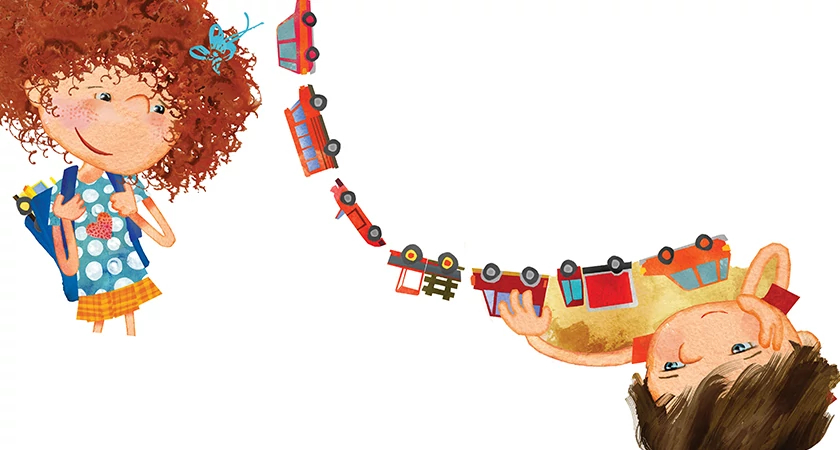 In 2016, Daniel graduated from the Children’s Media program, which he describes as a fantastic experience. “I met so many wonderful, creative, and supportive people who I am still friends with. It really got the creative juices going so I think it was a great way to spend the year,” he says. When Daniel had an orientation interview regarding the program, he knew Centennial was right for him. “When I met with the Program Coordinator, our conversation made it sound like an incredible program and that I would be among like-minded people who were working for social change and who thought that it’s important that we give kids messages with strong values,” he says.

Daniel is a motivational speaker, so prior to the program, he spent many years going around Canada and some places in the US, talking about his experience growing up with autism, with the goal of “trying to change people’s perceptions of autism and trying to help fellow Autistic people to live more strength-based lives,” he explains. He has noticed that many adults are mostly set in their ways and that it’s often very hard changing their perceptions, which ultimately strengthened his interest in children’s media. “Besides the fact that I am a huge personal fan of media for kids, I wanted to get into this field because I believe that the way we really make a change is through kids when they’re young and just starting to form views of the world. They are more open-minded, looking to have fun, and learn new things, so I thought if we could target the right messaging at kids in a fun way, not in a really heavy-handed way, and teach them strong values, then that kid may go on to make a difference,” he says.

A key takeaway from the program that Daniel reflects on is that “we have the opportunity to really shape the world in a more positive and hopeful direction if we make compelling content for kids and I think that’s a responsibility that all Professors within the program really took seriously.” It was within the program where Daniel had the idea of writing a book as a way to complete part of his placement hours, after receiving encouragement from a Professor to do so. It took several months to write the story and he was able to receive feedback from many individuals, including his mother Maxine Share, an Autism Consultant, who advised on making sure things were accurate. A piece of advice he has for those going into children’s media is: “Don’t be afraid to put yourself into your work. A lot of people are guarded when talking about their own experiences, and a lot of people just try and write what they think other people want. Write about your own stuff - be your own stuff.”

Daniel shares, “What I want readers to know about this book is that it is probably my favourite thing that I have ever done in my life. I’ve done a TED Talk and have spoken at many venues, but I think this is the most powerful message that I’ve ever written- and I’ve written a lot of things over the years. Even though I have written academic papers that are dozens of pages long, I think that this little six-hundred-word book was probably the hardest thing. These books only appear simple, but it’s actually very difficult to get the message across in an age-appropriate way and in a way that is not harmful to the demographic. I think this is a story that can change lives.” 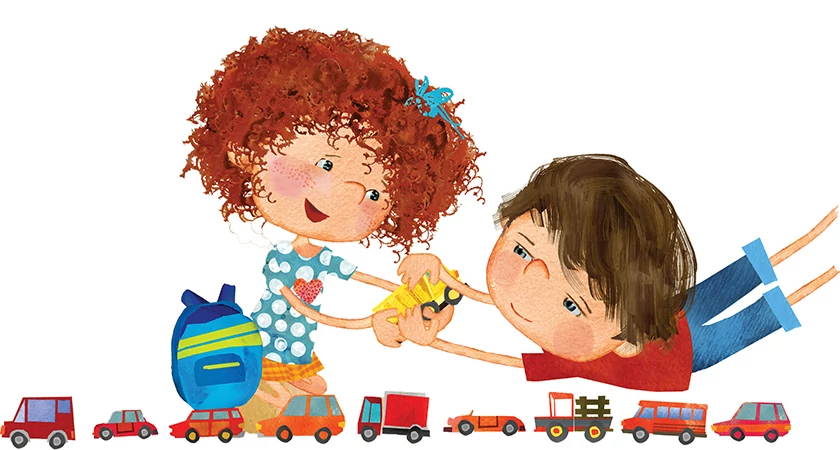 This is not the only book Daniel plans on writing, as he hopes this will become a series which will flip the script and follow the character of Dylan and his perspective of living with autism. Daniel has also completed a degree in Social Work and has just become a registered social worker and says, “this will be another way I can help get my message out there.”

Do You Want to Play? Making Friends with an Autistic Kid is available to purchase as both a soft-cover and Kindle edition on September 20th, 2020 on Amazon. You can also follow and support Daniel on his Facebook group, Autism Goggles.