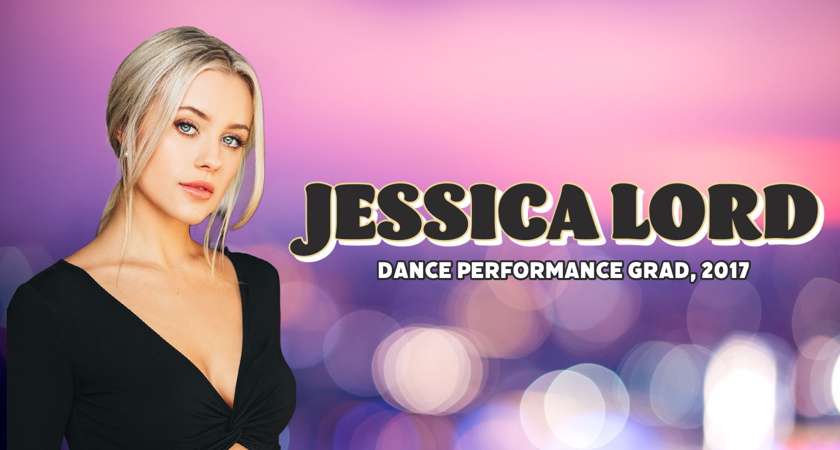 From dancing to acting, and at times a mix of both, Jessica Lord, a 2017 graduate of the Dance Performance program, has immersed herself in this industry for several years, where she continues to shine her talents with every opportunity she acquires along the way.

At only four years old, Jessica began dancing and says she always knew that it would be part of her life. Before enrolling in the Dance program at Centennial, she says, “At the time, I was dancing competitively as an independent dancer - I was training with Jennifer Barton, who had been training me since I moved to Canada when I was six. In my last couple months of high school, she had told me she was going to be teaching at Centennial for their new dance program and that I should audition.” When she graduated high school, she says that she considered other options in terms of her career, such as pursuing Philosophy and Criminology at University, but explains, “I’m so grateful that I was led to the dance program at Centennial because it allowed me to continue on the path to my dreams.”

Jessica enrolled in the very first cohort of the Dance program, which undoubtedly would come with many unknowns, but she describes that it was an exciting experience. “I feel that it sort of created a more family dynamic as everyone was learning together,” she shares. Over the length of the two-year program, Jessica obtained many skills that helped to propel her further into the industry. She explains, “I definitely learned a lot from this program, especially in terms of the commercial dance world, and my confidence as a dancer in a variety of genres. I think my biggest takeaway has been some of the people in the program that are now such a huge part of my life and inspire me every day.”

Some of her favourite memories on campus were those where she was able to be with her classmates. She says, “My favourite memories are definitely sharing the stage with some of the best people in my life. I’m so blessed to have met some of my closest friends in that program and being able to do something I'm extremely passionate about and share that with people I love itself is an incredible memory. Our showcases were always so much fun.” Her advice to those currently in the program is to “work hard and put your all into it.” She continues, “The program has a lot to offer, it’s important to embrace styles that you may not be as comfortable in and take it all as a learning opportunity.” 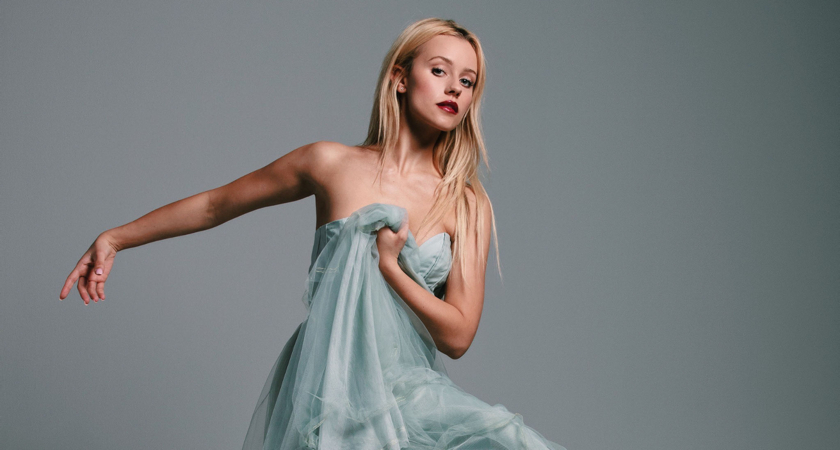 Within her career thus far, Jessica has acquired many exciting roles and opportunities. For example, in 2015, she first debuted in the popular Family Channel show The Next Step as a dancer, and a couple of years later landed a more permanent role on the same show as her character Lola. As well, in 2018, she was cast in the series Find Me in Paris as Lena Grisky until the series end date. Acting is something Jessica has a passion for, as she shares, “I had booked a dance gig through an open dance audition and through the audition/interview process they gave me a small acting part. Once I was on set, in front of the camera, it was as if a light had sparked in me and I just knew that this is what I am supposed to do. I really found my passion for acting. My acting career has been an absolute rollercoaster, and I am loving every minute of it!”

When it comes to some advice that she could give others wanting to get into the dancing and acting industry, she says, “Don’t give up. It’s so easy to doubt yourself, but those low moments are all part of the journey, and it will be worth it in the end. Just believe in yourself and continue to work hard and grow as much as you can as an artist.”

Jessica currently lives in Los Angeles, while she pursues her career in acting. She shares, “Dance will always be part of who I am, and I continue to train as often as I can!”