Broadcasting Students Collaborate with Two UK Universities for Project: “A Walk Together” 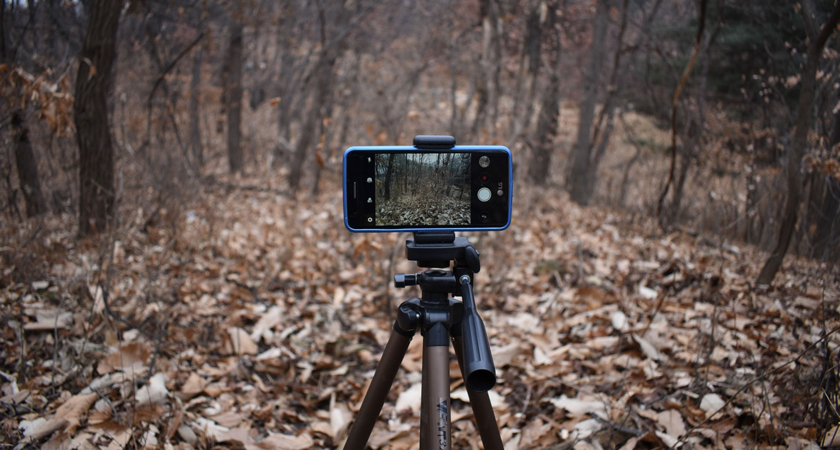 As part of a major project in the Broadcasting – Radio, Television, Film & Digital Media program, students collaborated with the University of the West of Scotland (UWS) and the University of Portsmouth, to create a video series that involved students filming themselves on a walk while explaining any aspect of interest, whether that be something historical, cultural, or in nature. What resulted is a fascinating look at the stories that each student chose to tell about their chosen setting.

A Walk Together is a project in the Documentary and Factual 1 course that is unique to this year, but Broadcasting students have collaborated with the UK for a variety of projects over the past three years. Chris Terry, Program Coordinator, explains, “The project with the UK started in 2017 when I first visited UWS in Scotland to explore how our articulation with them would benefit our students in different ways. Along with UWS coordinator, Paul Tucker, and as part of Centennial’s Global Experience initiative, I developed a group project module that provided a framework for students from Centennial to develop and produce documentary projects with their counterparts at UWS in Ayr, Scotland. In the fall of 2018 and 2019, Centennial’s Global Experience funded groups of Broadcasting students to travel to Ayr to film these documentary projects. The articulation also has included the option for students from both schools to do a semester exchange, which happened in early 2019 with the first group of UWS students spending a semester in Toronto. The articulation also gives Centennial Broadcasting graduates the option of achieving a BA with one year of study in Scotland. Following this hugely successful initiative, and with Jeannette Loakman’s association with Charlie Watts at the U of Portsmouth, we started to expand our international collaboration.”

Given the circumstances of the pandemic and virtual learning, some adjustments had to be made within the project for it to be better accommodating for everyone involved. This meant that students in the UK were engaged as volunteers, rather than having the project included in their curriculum. “We have the opportunity to work with them directly in their curriculum, and ideally that is what we would like to see happen [in the future] so that we are proceeding with something at a level where everybody is academically engaged as well,” Chris says. However, he says that the students that did get the chance to collaborate with the UK students were able to get a lot out of the opportunity and build relationships. “We learned a lot, and I’m sure we are going to do this project again because now we have a template to work from.”

Jeannette Loakman, an instructor within the Broadcasting program, also worked with students on this collaborative project. She says, “After experiencing the global experience for Broadcasting students in 2019 when they went to University of West Scotland and hoping to set up a similar experience with University of Portsmouth, COVID and the lockdown was a huge disappointment. But out of crisis, comes opportunity. Working with Program Coordinator Chris Terry, Charlie Watts from the University of Portsmouth, and Paul Tucker from the University of West Scotland, we sought to find something that maybe the students could do together. Influenced by a popular UK teatime hit, A Walk with My Dog where celebrities walk dogs and explore parts of the British countryside, I came up with the proposal, A Walk Together. Ultimately whether the films succeeded as works of art or not, was secondary to the experience of having students together on Zoom and WhatsApp planning to create a formatted segment together. Hopefully, this is the start to more co-productions - perhaps in person next time!”

Overall, the project created a chance for students to practice their storytelling abilities while demonstrating some of the skills they acquired within the program. Chris says, “Between Jeannette and myself, we both feel good about the way that the students have been able to collaborate and were able to explore different ways of telling stories in a long-distance relationship, and I think that’s really cool.”