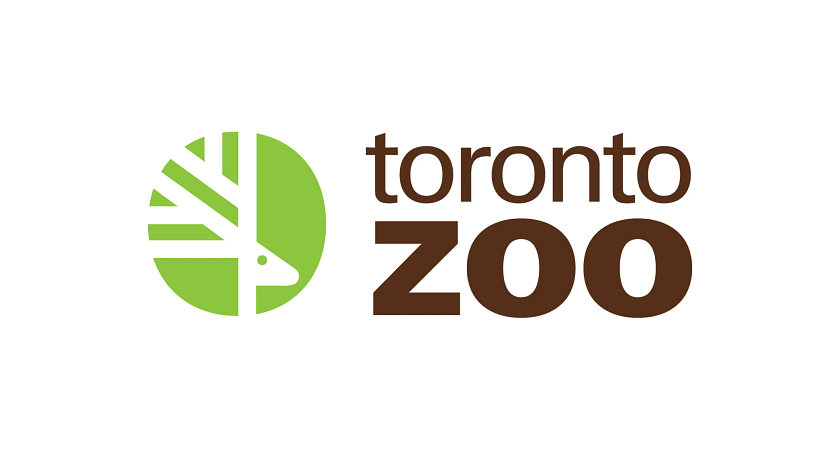 The Museum and Cultural Management program collaborated with the Toronto Zoo at the beginning of 2020 to create new signage that would be displayed alongside various animal exhibits at the zoo. This type of student work required what is referred to as interpretive planning – a strategic process that defines the goals of a facility (such as the Toronto Zoo) and uses interpretation to communicate messages, information, and more. Research is a major requirement of interpretative planning, which is exactly what students prepared for and accomplished with this project.

Before the collaboration with the Toronto Zoo commenced, preparation at an executive level took place. Dr. Phaedra Livingstone, Program Coordinator of the Museum & Cultural Management program says, “The College has a memorandum of understanding with the Toronto Zoo, and it ended up being a fortuitous thing in that they were looking for their programs to connect with, and our program was looking for clients for the Storyworks opportunities. We then got a project-level memorandum of understanding and all of that took a number of months before actually starting the project.”

Shortly after agreements were made, students met with their client to outline what the project and deliverables were going to be. Kelly Bentley, Supervisor of Volunteering & Engagement at the Toronto Zoo, worked directly with the group of students and was one of the main points of contact from beginning to end. She explains that they met with the students on campus in January and went over the various areas the Toronto Zoo had already identified.

The signage was on the top of the list due to the mere size of the zoo and the age of the pre-existing signs. “There is new information, the signs get old, and there are always signs to be written, so that’s always something we need assistance with,” she explains. “We had already pre-determined some of our priority signage, and then we went and met with them and were able to show them an overview of the signs we have, our normal process, our style guide, the templates we use, and the different signs we liked them to focus on.”

Students worked collaboratively to formulate information that would be included on the signs for the Sumatran Tiger, Tree Kangaroo, Horned Bill, Spectacled Owl, Prehensile-tailed Porcupine, and a fish called the Butterfly Goodeid. “[Students] came to the zoo, and we walked around and met with the different keepers… and saw the different exhibits so that they could visualize what kind of sign might work and not work, what the area was like, and what the animals were like. We met with the keepers because they always have tons of cool information about the animals and also about conservation. They are so invested in these animals that they are huge supporters of on-site fieldwork and things that can help these animals in the wild,” Kelly says. 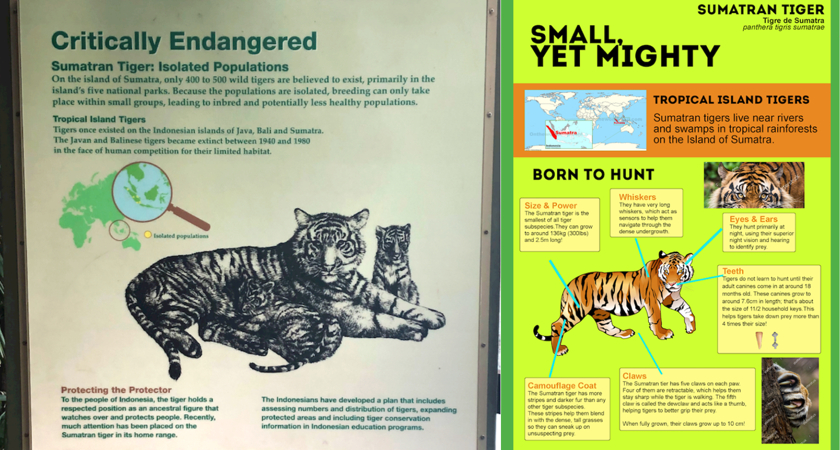 Once the students got a feel for what would be involved, Kelly points out a very important step that they took before drafting the signs. She says, “We had them come out and do something we often like to do, which is to talk to guests about what they would like to know about this animal, and when you look at this exhibit what kind of questions do you have so that they could gain some preliminary information.” Once they received the general animal information, in addition to the information provided by the keepers and the public, they began to draft the signs. The deliverables for the project included: A title of the sign, copy content (the body of the sign), as well as image suggestions from stock images that the Toronto Zoo utilizes for their content.

As you can suspect, given the timeline of when the project began, COVID-19 ultimately became a factor in this project. However, the pivot students took was still immensely successful. Phaedra says, “Doing interpretive planning, especially for site-based wayfinding, and to do that remotely, is incredibly challenging for someone who is experienced. The fact that they did that for their first try made the bar very high. They were able to execute, they got things done on time, they found alternative ways to evaluate the prototyped labels, and they were able to apply the feedback from the client to revise their work plan to pivot to do the evaluation and adjustments in the context of COVID. They did a really great job.”

Kelly explains that once the pandemic hit, students were still able to complete the work, receive feedback, and then further hone the signs in that manner. “They took our feedback well, and they really hit the ground running. They seemed to really understand what we wanted, which was great and indicative of what they were learning at Centennial and that it was totally applicable to the real world,” she says. 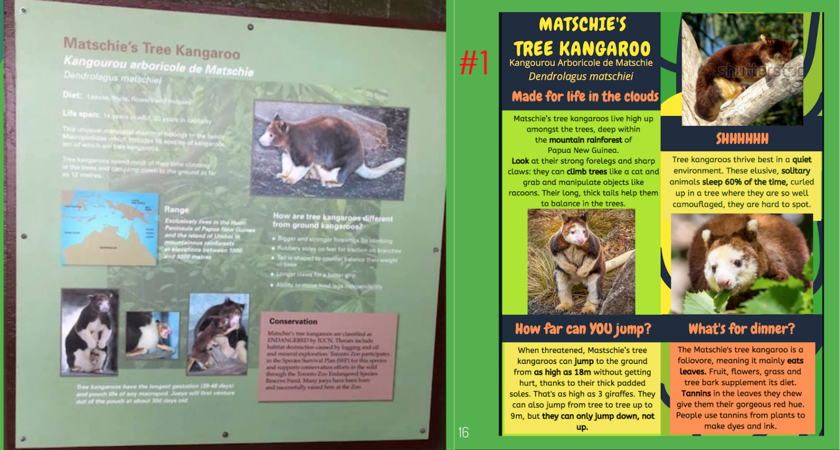 This Storyworks project ultimately resulted in not only a satisfied client, but it allowed the students to acquire many skills that they can carry directly into their future careers. Phaedra says, “[Storyworks] prepares students to do project-based and team-based work, and it prepares them to execute whatever skills are being practiced in the project. In the case of the zoo project, it is a real work product that they came up with that demonstrates their competency in developing and evaluating interpretive planning, which means they are then able to further work in the field in that same area.” She continues, “It is also an opportunity for them to demonstrate the project management skills they learned in the Fall semester beforehand. Even if they decided not to stay within this specific industry or sector, they have the project management skills they can demonstrate for other jobs.”