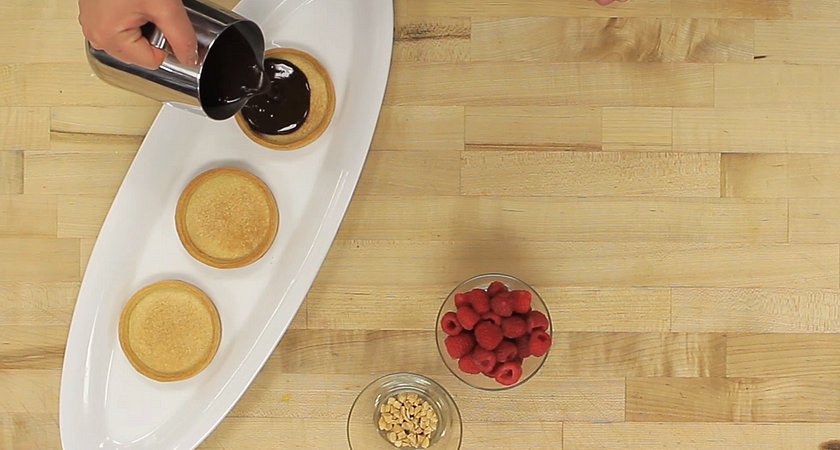 Culinary inspiration can come from many places. It can be a single ingredient in a dish at a restaurant you had never been to before or a dish in a country you’re visiting for the first time. It can be found in your granny’s old stack of recipes or even on TV. Reality TV’s hold on viewers has spawned some really awful shows but also some really interesting ones, especially when it comes to food. It’s a genre of TV that is now going well beyond the standard host-teaching-a-recipe formula to offer a true culinary experience. Here are some Netflix food shows that will tickle your proverbial taste buds.

In 2017, chef and writer Samin Nosrat penned the award-winning book Salt Fat Acid Heat: Mastering the Elements of Good Cooking. Its premise was that if you master salt (which enhances flavour), fat (which delivers flavour and generates texture), acid (which balances flavour) and heat (which determines texture), anything you cook will be delicious. This docuseries brings the book to life as Nosrat travels the world to demystify and explore the central principles of what makes food delicious. Along the way, she engages fellow experts and rather than presenting a one-off recipe, viewers get foundational, reusable advice on cooking philosophy.

An Iron Chef-style show, The Final Table is globally themed with each episode focusing the cuisine of an iconic food country. To start out, the competing chefs have to cook their version of the country’s signature dish and the chefs whose creations rank lowest have an elimination-round cook-off to be judged by a celebrity chef. The twist here is that the chefs, who are from international locations and well established in their careers, compete with a partner. Often, they know each other but haven’t worked together. The gimmick here isn’t some crazy ingredient but rather watching the chefs learn techniques and creativity with ingredients they may not be used to.

This is billed as Netflix’s flagship foodie show. It takes an inside look at ingredients and people of the culinary world while offering some amazing foodie cinematography. Each episode features one renowned chef in his or her environment with inspiring stories and experiences that shaped their careers and personalities intertwined into the series. It’s a moving show that showcases the lives and kitchens of some really inspirational chefs.

Sometimes, you have to fail before you can win and this surprise breakout hit highlights just that. If you’re familiar with the viral “Pinterest fail” sensation, you’ll enjoy Nailed It. In the show, hosted by comic Nicole Byer and renowned pastry chef Jacques Torres, successful home cooks try to recreate edible masterpieces. As you may suspect, it doesn’t always go as planned though and that’s the fun of the show. There’s a monetary prize at the end.

When you finish watching these shows and determine that you’re inspired enough to become a chef, Centennial College has the program for you. The Culinary Skills certificate program is a one-year offering that focuses on the foundation of culinary skills while sourcing local food products from around Ontario and teaching the art of seasonal cooking. Students get to work with a variety of ingredients.