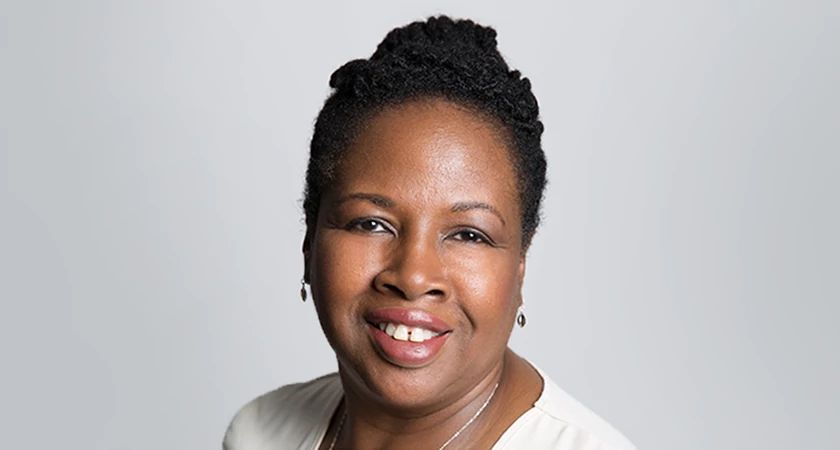 Glace Lawrence is a two-time alumna at Centennial, as she has completed both the Broadcasting program, as well as the Interactive Media Management (IMM) program. However, her time walking through the halls of the Story Arts Centre is backed with numerous years working as a professional in the film industry. Glace had been living in Vancouver for about thirteen years working as a line producer for lifestyle production channels like HGTV. “The last show I produced was the live special for The Bachelor Canada in their first season,” she says. When that wrapped up in December 2012, Glace noticed that the start of the new year brought a slump in the industry, which along with other factors, brought her back to Toronto. “When I moved back, I was trying to get into the industry in Toronto by doing what I did in Vancouver, but it was very hard to get in as there are very tight teams here that kept on working with each other and I just couldn’t get a job. I decided to reflect on my skills and looking at where the industry was going, which is more digital, I looked around for opportunities to learn about the digital and interactive space,” she says.

This ultimately brought Glace to the IMM program. She explains, “I researched a bunch of different programs in Toronto and found the IMM program at the Story Arts Centre. I actually got support from a program called Second Career from the Government which I was eligible for. It grants someone like me who was changing careers or making a shift and wanting to go back to school.”

Glace says, “I looked at a number of different programs, but Centennial’s IMM program was the best fit for me… Centennial’s philosophy is that the instructors are people who have worked in the industry or who are currently working in the industry, and I think that was always the key for me. The industry placement was also always key to building your network and finding a job. When I ended up coming through the program, I was looking for quite a while; I was a mature student trying to work in social media, which is often a millennial type of job, and what I was really interested in was content creation and creating content for campaigns. After I graduated, I ended up working with Sasha Boersma and Ted Brunt’s company, Sticky Brain Studios, on an interactive project for their client.”

Glace’s field placement made a significant impact on her goals of creating content. She met Michele Alosinac, Film Sector Development Officer of Film and Entertainment Industries, City of Toronto, during a networking event that led her to secure a placement. After trying to get involved with the Pan Am Games that were coming up, she ended up making a follow-up call with Ilena Albini-Messina, the Supervisor for Program Development and Design for Museums and Heritage Services. Ilena was “working on this campaign geared towards post-secondary students in film and media because the Magna Carta was touring Canada and it was coming to Toronto,” as Glace explains. Glace ended up interning for the Heritage department on this specific project. “I created a campaign, set up social media accounts for what became branded as #MagnaCartaFilm, created the content calendar, and got sign-off from the head of Heritage and the marketing department.” She continues, “Michelle was instrumental in getting me in. They say to mingle in the industry and get to meet people, and I think that’s really important because that’s how your contacts are made.”

Glace completed the IMM program in 2015, but it was in the 1980s when she completed the Broadcasting program. She was able to complete her placement in Buffalo, NY at a radio station called WBLK, and worked as a copywriter there. She then moved on to CKO, a Canadian radio news network, where she continued to write. “Different people came in to be interviewed about different subjects and I met a woman, Lorraine Hubbard, who was the first Executive Director and one of the founders of a historical society called the Ontario Black History Society. She was moving on and they were looking for someone to replace her, so I applied for the job and got it. I worked in the Black history field for four years (1984 – 1988) doing presentations in schools on Canadian Black history.”

Following this, Glace worked at an artist-run centre called Trinity Square Video, as their publicity and workshop coordinator. Around the same time in 1988, a training, advocacy, and lobby group called the Black Film and Video Network (BFVN) formed, which Glace was part of. This group worked toward promoting the production and distribution of film made by Black filmmakers and would encourage more diversity in the industry. Glace says, “I went and did a night course at OCAD University on special film techniques and that’s when I made my first film in 1989 called D-E-S-I-R-E. A number of people in the BFVN worked on that film and it was really an important first film for me. Afterward, I really didn’t look back- I went on to direct and produce more work.”

Glace and the BFVN were recently featured in a CBC article called, An oral history of the Black Film and Video Network, written by Amanda Parris. Glace says, “Amanda Parris has a column called Black Light where she focuses on various multi-disciplinary aspects of the arts in the Black community across Canada. The story was her idea and she started off writing about it and ended up going down a rabbit hole. She spoke to the founding president of the Black Film and Video Network, who is one of my mentors, Claire Prieto, and there were about sixteen founding members of the organization.

We came together back then because we found barriers in making work and in getting work, and a lot of the Unions I think at the time didn’t really push for diversity. So, the Black Film and Video Network, along with another group called Fullscreen, kind of really worked to basically ask the Union to go after people of diverse communities, particularly in the Black community, and to have programs that would encourage membership… There is something known as the black aesthetic- if somebody is not attended to it or aware of it, they can’t understand the proposals, and the people we just not getting funding. Whenever a major Black filmmaker was coming into town, we would work with their production office to try and get them to come and speak with us. It still has roots to this day, that’s how I ended up at the Canadian Film Centre. I took a leave from Trinity Square Video to go to the Canadian Film Centre to coordinate the first summer lab program because they were also trying to bring diverse filmmakers into the centre. It was a summer program geared towards filmmakers of colour and Indigenous filmmakers.”

In 1999, Glace made a documentary called Coming to Voice that looked at the emergence of Black cinema in Canada. “I completed it with my producing partner Anthony Browne and we followed Stephen Williams and Clement Virgo and their producers to the 1995 Cannes Film Festival, which was really an amazing experience to look at the evolution. It was almost like a case study of how to market or not to market the first Black feature film in Canada. That was a long process to make that documentary, but it was a really rich experience,” she says.

Fast-forward to today, Glace, along with another colleague from the BFVN days, as well as Sasha Boersma and her partner at Sticky Brain Studios, Ted Brunt, formed a company for a VR project called Ghosts of Remembrance. “We got funding from CMF and Ontario Creates, to develop a prototype for a virtual reality app that would explore Canada’s unforgotten history of slavery in Canada. Basically, we’re trying to bring to the fore, untold stories about slavery and the really heroic and pioneering work that were done by the enslaved and the former enslaved because there is such a rich history there that a lot of people don’t know about. Unfortunately, we’re in a pandemic so we kind of stepped back so that we can look at strategies to try and raise money for it and get it to production.”

When asked what advice she has for those interested in getting into this industry, Glace says, “There isn’t a Black Film and Video Network now, but I know that if there are any Black women who want to produce work independently or network, there’s a great organization called Black Women Film! Canada. The key is if you’re somewhat of an introvert like I was, then it’s sometimes hard to get out and network, but it’s just a really important thing to do, especially if you’re in a program like Centennial. I know they have placements and I think that’s really the best way to get into the industry and hopefully get working right away. A lot of people have long successful careers from it and I think it’s an important thing to do outside of your course assignments… Sasha and I connected at Centennial and these working relations can develop after you’re finished, and that was a pivotal one for me.”

Glace has made such an important impact on the film industry in Canada through all of her endeavours and we are proud to be able to spotlight her as a Centennial grad.