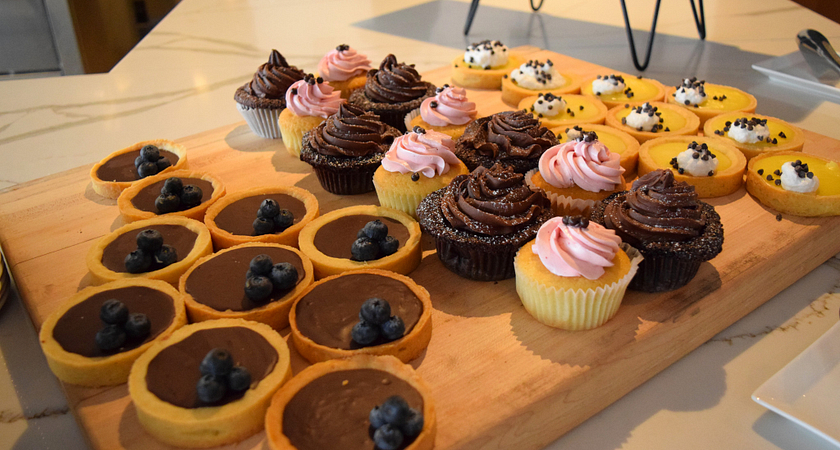 When baking cupcakes turn into more than a hobby, you might want to consider turning that baking into a career. One of the many sweet parts about a career in baking is you won’t always be baking for work. You could also be baking to impress, and even baking to make history like these bakers and companies did when they set world records with their feats of pastry arts. Ever had to make a lot of cookies in a hurry? What about tackling a really big slice of cake? That’s nothing compared to what baking can really do. Sometimes, a career in baking involves weird, fun stuff like this:

Think about this the next time you need to bake a whole bunch of goods at once for a get-together. The longest individual baking marathon lasted for 30 hours and was broken by three U.K. bakers, Stella Wilson, Jane Nicholson and Zoey Halliwell, in November 2018. While they worked separately, they did their marathons at the same time and baked over 2,000 cupcakes between them. In the land of the Great British Bake-Off, they certainly don’t play around.

Speaking of get-together nightmares, the most cookies someone’s scrambled to make in an hour is 4,695, a record achieved by Hasset’s Bakery in 2013. At least they were baking for charity, specifically the Irish Cancer Society.

3. The most pastries ever served

How many cheese Danishes can you eat in one go? In Burma, Turkey, in 2012, a two-kilometre-long cheese pastry was cut up into the largest serving of pastry ever, 39,550 pieces, to be exact. Think you can handle it?

4. The biggest tiramisu ever made

Tiramisu is a coffee-flavoured Italian dessert made with sponge cake, layered with chocolate-flavoured cheese filling, and is often served at weddings. It wasn’t a wedding, but volunteers from the Galbani Santa Lucia cooking school in Milan, Italy made the biggest tiramisu ever in 2019, measuring 897 feet and 3 inches in length.

In 2016, in Surrey, British Columbia, the Saint Germain bakery celebrated its anniversary by making the largest carrot cake ever. The confection took a week to prepare, weighing in at 2,200 kg, and standing six metres tall.

6. The longest strudel ever

We’re a long way from the ones you bake in your toaster. Back in June of 2019, Croatian bakers made a traditional apple-flavoured strudel that was 1,762 metres long, beating the previous record by almost 300 metres. I’m just surprised this was a record that had been

7. The most layers a cake’s ever had

260. That’s how many layers the record-breaking cake by the Watkins Company has. It was baked in Minnesota for the company’s 15th anniversary and took 11 people 145 hours to construct. Just try fitting a slice on a plate!

8. The biggest baking lesson ever

Becoming an expert baker starts with lessons, and the largest lesson ever held happened in Paris, France, in December of 2017, with 496 people taking part in the learning. Luckily, at Centennial College, your class sizes will be smaller. In our Baking and Pastry Arts Management program, you won’t just learn how baking works. You’ll learn how to become a manager in the baking world, with skills like menu design, purchasing, planning or execution, all taught hands-on in our baking and pastry labs, commercial bakery, and on-campus restaurant, augmented with a 14-week work-integrated learning opportunity with one of the College's industry partners at the end. You’ll graduate job-ready, and who knows? You might even get to oversee the breaking of a baking record yourself.